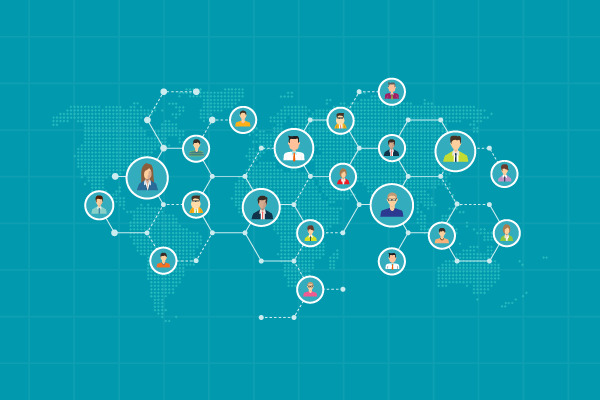 The relationships we have with our parents and caregivers as we grow up stay with us throughout our lives, influencing how we interact with friends, acquaintances, and romantic partners. Responsive, reliable parenting fosters secure attachment, resulting in a positive view of oneself and one’s relationships. Inconsistent caregiving, on the other hand, has been linked to more insecure anxious and avoidant attachment styles, characterized by a fear of abandonment or difficulty trusting others.

In the workplace, these differences in attachment style also drive the way we bond with our colleagues, which can make all the difference under unsupportive, or outright abusive, management.

“When employees experience distressful events such as abusive supervision, they often rely on their workgroup for sense making and social support,” Babatunde Ogunfowora (University of Calgary, Canada) and colleagues write in a research article.

Abusive supervisors rarely target employees equally, however, Ogunfowora notes, and may direct their ire at underperformers or social outsiders. While securely attached individuals are sometimes able to maintain their workplace support system in these trying circumstances, the researchers found that employees with anxious and avoidant attachment styles may be less equipped to manage the feelings of envy and resentment created by differential abuse.

In the first of two studies, Ogunfowora and colleagues surveyed 131 work groups consisting of one supervisor per group and a total of 612 employees, with an average of four to five employees in each group. The employees rated the frequency at which they had witnessed their supervisor engage in selectively abusive behaviors such as ridiculing some group members but not others. They also answered questions designed to measure  their attachment styles, desire to quit, symptoms of depression, and unethical behaviors.

In the second part of the study, Ogunfowora and colleagues extended these findings through a four-part survey of 204 online participants, assessing individuals’ personal experiences with abusive supervision, feelings of envy and resentment, and instances of interpersonal deviance in the workplace over a period of 6 weeks.

Together, participants’ responses indicated that employees who felt they were singled out for abuse by their bosses were more likely to develop feelings of resentment and anger toward their coworkers. These feelings then contributed to more insecure group attachment, which in turn increased anxiously attached employees’ likelihood of engaging in conflict-generating behaviors such as cursing and personal attacks on coworkers. This also increased avoidantly attached employees’ desire to quit.

When participants reported perceiving coworkers as experiencing abuse at similar or higher rates, however, they were significantly less likely to report negative feelings toward their peers, allowing them to remain more securely attached to the workgroup.

Secure attachment styles are often depicted as the only adaptive approach to relationships, notes Tsachi Ein-Dor (Interdisciplinary Center Herzliya, Israel) in Current Directions in Psychological Science, but anxious and avoidant attachment have distinct benefits as well.

Anxiously attached individuals, for example, have been found to serve as more effective “sentinels,” alerting groups to threats more quickly than their laid-back peers. Avoidantly attached individuals’ focus on “saving their own skin” – whether by rapidly exiting a room full of smoke or quitting an unfulfilling job – can also inadvertently identify escape routes for those around them, helping the group as a whole exit threatening situations more quickly.

Securely attached individuals often make for effective leaders, the researchers explain, but bringing together secure, anxious, and avoidant people can increase the evolutionary fitness of a group, allowing it to leverage the adaptive advantages of each attachment style.

Organizations can help further strengthen these ties in the workplace by clearly defining what constitutes acceptable and unacceptable management behavior, particularly when it comes to dealing with poor performers and other challenging employees, Ogunfowora and colleagues write. “Tough love” may seem to boost productivity, the researchers note, but it often leads to absenteeism, increased turnover, and a range of mental health issues for employees.