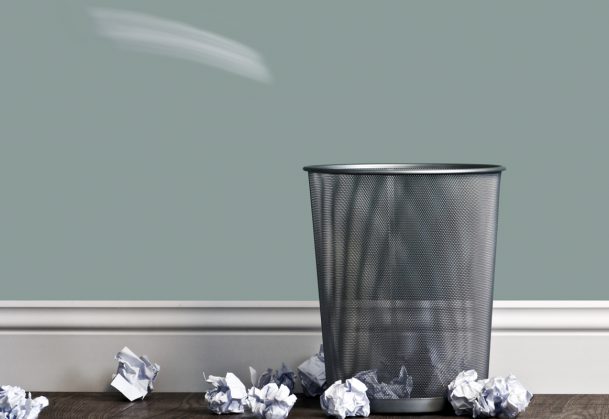 Five years ago, Facebook declined to hire a man named Brian Acton. As they’re realizing now, that was a big mistake. That’s because, following his unsuccessful bid to work for the social media giant, Brian Acton built his own start-up instead. He co-founded WhatsApp, a hugely successful messaging application — one that Facebook recently purchased for a hefty sum of $19 billion.

Facebook couldn’t have known it at the time, but letting Brian Acton walk away was a missed opportunity — the kind a hiring manager would love to get back. How do people and companies improve their practices following mistakes like this? Is there some way to figure out exactly what went wrong so it doesn’t happen again?

According to a study published in Current Directions in Psychological Science, a technique called systematic reflection can promote learning from our failures, but also from our successes, too.

Systematic reflection is comprised of three distinct strategies, all of which contribute to learning in different ways:

As research has shown, these three strategies lead to a greater willingness and ability to learn from prior experiences, but they seem to work differently depending on whether the experience was a failure or a success.

After a failed experience, for instance, focusing on both the correct and erroneous actions proves most effective for improving behavior down the road. But after a successful experience, the best learning occurs when focusing only on what went wrong:

“It could be that after successful experiences, learners feel more psychologically safe to discuss their errors,” say Shmuel Ellis of Tel Aviv University and colleagues from Ghent University.

But despite the benefits to motivation and improvements in future behavior, making the concerted effort to self-reflect isn’t easy, and it takes a good deal of time. Organizations could help in this effort, perhaps by sending monthly reminders to employees inviting them to self-reflect on their recent failures and successes. Research has also shown that simply watching someone else participate in a reflective experience is equally as effective in changing future behavior for the better. Because of that, companies may find that filmed review sessions are a cost-effective way to provide training for new employees.

Recruiting and hiring is one area where these techniques might prove useful. Ask yourself, “Why did I choose to hire this particular candidate over another? What would have happened if I made a different choice? What kinds of questions can I ask in future interviews to make sure I choose the right employee?”

Those are the kinds of questions that could make the difference when interviewing the next Brian Acton.

News > Minds for Business > From Failing to Fortune

How can you be so sure that not hiring him was a mistake? There’s no doubt that Brian Acton did quite well for himself, but I question whether the hiring manager should really beat him/herself too much over this “failure”. He may very well have been a poor “fit” for the organization (as entrepreneurs often are). If they had hired him, there’s no guarantee he would have gone on to success at Facebook. I don’t know that we should overemphasize the importance of this research specifically to hiring. Proper self-reflection has much wider benefit.

Aside from that quip, very interesting findings here.