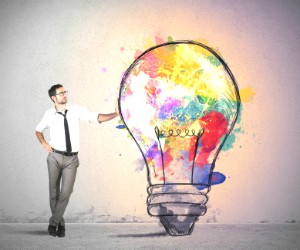 Entitlement is rarely viewed as a positive quality. But a recent study finds that a sense of entitlement can lead to one surprisingly positive outcome—increased creativity.

Entitled people are unapologetic about getting what they want, when they want it, without regard for anyone else. By definition, entitled people feel that the rules just do not apply to them, and this can easily lead to problems in the workplace. Researchers have found that people who feel a sense of entitlement are more likely to make unethical decisions, break rules, and engage in hostile behavior.

“When people feel more entitled, they will think and act differently than others, and the more they do so, the more willing and able they will be to generate creative solutions,” the researchers write in the Journal of Experimental Social Psychology.

The students then completed two standard tasks used to measure creativity: coming up with as many uses for a paperclip as possible and drawing an imaginary alien creature from another planet.

Across the board, those in the entitlement condition had higher creativity scores. Not only did they list more uses for a paperclip than the non-entitled group, their ideas were rated as more novel and interesting. Their alien drawings were also rated as more creative than those in the non-entitled group, with more extraordinary abilities (like breathing fire) and more unusual appendages and features.

In another creativity task, 98 MBA students completed the same writing prompts before tackling a series of word puzzles. Each volunteer was shown three seemingly unrelated words (such as “falling,” “actor,” and “dust”) and asked to come up with a fourth word that would match all three words (in this case, “star”). They also completed measures gauging their feelings of uniqueness, affect, and sense of power.

Once again, participants made to feel entitled did better than their counterparts, answering more of the word problems correctly and the findings suggest that their creativity was related to their feelings of uniqueness.

Two additional online experiments conducted using 401 subjects confirmed the pattern of results: People who were prompted to feel superior were more creative than their unassuming counterparts, whether it was unscrambling sentences or coming up with uses for an empty building.

“Thus, our results suggest that small, temporary boosts in entitlement can facilitate creativity, while a chronically entitled disposition does not help and might even backfire on the exact same tasks,” Zitek and Vincent explain.

For example, individuals who show trait entitlement may feel less motivated to put in extra effort to creatively complete a task. Zitek and Vincent suggest that future research should investigate ways to boost people’s sense of creativity without necessarily fostering the negative aspects of entitlement.