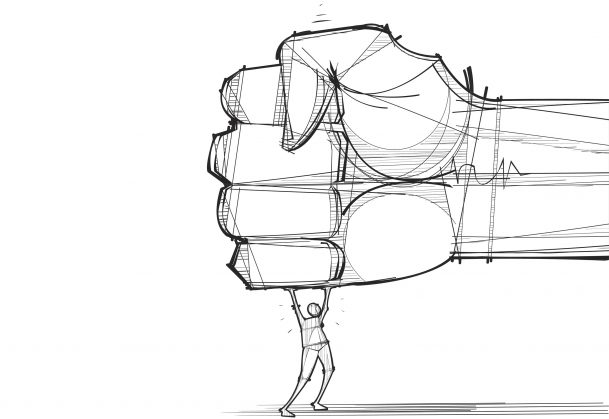 Dominance and prestige are two strategies that professionals often use to maintain or gain status. Dominance involves using power, coercion, and intimidation in group situations, while prestige involves demonstrating valuable knowledge and skills and earning respect. Workers that use these two strategies show differences in personal traits and group behaviors that can have a large effect on workplace functioning and group well-being. In a recent issue of Current Directions in Psychological Science, psychological scientist Jon Maner of Florida State University reviews the literature of dominance and prestige approaches to navigating social status.

Researchers have found that both strategies are effective at exerting influence. Dominance works as a tool to gain power, if not respect, but generally douses a group’s well-being. While dominant people are liked less than prestigious individuals, groups in some situations prefer a dominance-oriented leader over a prestige-oriented one.

Those who use prestige often show humility and pride. Personality-wise, prestige is marked by self-esteem, agreeableness, need for affiliation, social monitoring, fear of negative evaluation, and conscientiousness.

In groups, dominant members tend to view others as either allies or foes, to evaluate people’s usefulness in attaining goals, and to show a hunger for power. Those who use prestige strategies share knowledge and skills. Unsurprisingly, prestige-oriented people tend to be better liked by others in a group.

Leaders high in dominance go to great lengths to safeguard their power, even at the cost of the group. They want to coerce others through reward and punishment. They often view talented group members as threats. In his article, Maner details how “In one experiment, dominance-oriented leaders ostracized a talented group member and chose instead to work with an incompetent one.” Maner tells of another study where leaders “isolated their subordinates and prevented them from bonding with one another, because alliances among subordinates were viewed as posing potential threats.”

Prestigious leaders, however, promote strong positive relationships among subordinates. They support the best efforts of the group and subordinates, even when their own power is at risk.

So why would anyone want a dominant worker or leader? Prestige seems like the preferable strategy for just about any workplace or group setting. Who wants a power-hungry, coercive, arrogant, aggressive, Machiavellian group member, much less a boss with those traits?

Groups seem to prefer dominant leaders in the face of conflict between their group and some outside group. The traits of a dominant leader (aggressiveness, power-hungriness) may be more attractive in these situations than a prestige leader with traits like altruism, which may be seen as weak. Moreover, in the face of such a conflict, dominant leaders curb their more destructive tendencies to their own group members. Instead of demoting the most talented because they see them as a threat, the leader may promote them because they can help the leader’s team win.

It would have been helpful to see some quantifiable evidence. I’ll go read the cited source now.