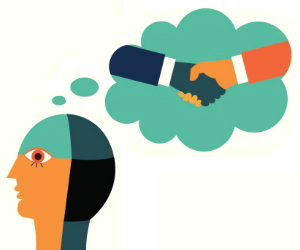 There’s one thing that the United States Congress can agree on: the potential of job training. This summer, in a rare act of bipartisanship, Congress approved new legislation focused on increased funding for job training for US workers. The hope is that providing workers with more job training opportunities will help kickstart the US economy by getting more unemployed Americans back in the workforce.

Congress isn’t alone in seeing job training as a beneficial tool. A new study from a team of European researchers found that job training may also be a good strategy for companies looking to hire and retain top talent. When workers felt like they had received better job training options, they were also more likely to report a greater sense of commitment to their employer.

For the study, psychological scientists Rita Fontinha, Maria José Chambel, and Nele De Cuyper looked at IT outsourcers in Portugal–who must constantly update their skills in order to keep up with the fast pace of new technology. The researchers hypothesized that when people were happy with the training opportunities their employer provided, they would be more motivated to reciprocate with an enhanced sense of loyalty to the company.

This kind of informal balance of expectations between employees and management is known as a “psychological contract.” When workers feel that their employer has fulfilled their obligations under the psychological contract, they’re more motivated to uphold their end of the perceived bargain by working hard and staying with the company.

For the study, Fontinha and colleagues surveyed 158 IT outsourcers from five different companies about the quality of the training they had received, whether they thought their employer had fulfilled their expectations for training, and how committed and happy they felt about their employer.

As expected, the researchers found that workers who received more opportunities for training reported feeling more satisfied and committed to their employers.

“This finding shows that outsourced IT workers appreciate training, probably because the continuous development of their skills is what adds value to their careers,” they write in the Journal of Career Development. “The training they receive is probably seen as an asset because it increases their external and internal employability.”

However, the researchers were surprised to find that training opportunities were only associated with increased commitment when workers had specific psychological contract conditions. That is, commitment to the company was only associated to job training when the IT outsourcers perceived their company as investing in them in the long-term. When the outsourcers perceived training opportunities as contingent on meeting certain performance goals, they did not report enhanced feelings of commitment to the company.

“This result is consistent with previous research, which showed that employees may view an effective training experience as an indication that the IT outsourcer is willing to invest in them and cares about them, enhancing their commitment toward the organization.”

The researchers cautioned that a larger, more diverse sample and a longitudinal study design would be needed in future research to help determine whether this is a causal relationship.