News > Minds at Work > Beyond Diversity Training: To Change Minds, Change the Environment 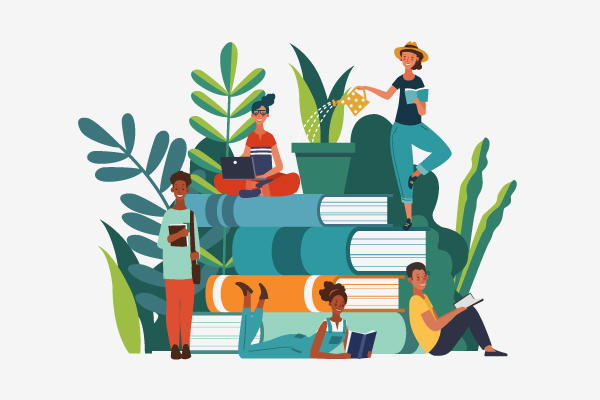 Universities and other workplaces across industries and around the world are increasingly taking steps to promote diversity and support equal opportunity for people of color, women, members of the LGBT community, and other marginalized groups. When done well, these efforts can uplift individuals and lead entire organizations to perform at a higher level.

U.S. President Donald J. Trump’s September 22nd executive order places new restrictions on the initiatives government contractors can use to combat racism and sexism on the job by prohibiting diversity training programs that acknowledge and aim to reduce implicit bias. Although the order has raised concerns about corporations’ ability to address workplace discrimination, research suggests that taking steps to create more equal social environments, rather than targeting implicit bias directly, may offer a more effective avenue for increasing intergroup harmony, particularly when it comes to reducing implicit bias in a way that persists over time and influences individuals’ actual behavior.

Heidi A. Vuletich and B. Keith Payne (University of North Carolina at Chapel Hill)

In a 2019 meta-analysis in the Journal of Personality and Social Psychology, researchers examined the effects of 492 studies of implicit bias interventions involving 87,418 participants. The team, led by Patrick S. Forscher (University of Arkansas), found that while individuals’ implicit biases were mildly improved by single-session interventions, these programs had, at best, a minimal impact on their reported explicit beliefs and behaviors after the fact.

Well intended as they may be, these measures may not be as effective as practitioners might hope due to the way intergroup attitudes are tied to our own social identities, wrote Sohad Murrar (Governors State University) and Markus Brauer (University of Wisconsin-Madison) in Current Directions in Psychological Science in 2019.

It requires high motivation and thoughtful consideration to consciously address our own biases, conditions that are rarely met when individuals are required to participate in an intervention by their employer, Murrar and Brauer explained. When participants’ sense of self-determination is threatened, interventions can trigger high levels of attitude resistance, causing participants to focus on potential counterarguments and feelings of anger instead of the biases the interventions are designed to target.

“The methods indirectly communicate to people that there is something wrong with them and that they need to change, therefore creating reactance,” Murrar and Brauer wrote.

In a related 2019 article in Psychological Science, Heidi A. Vuletich and B. Keith Payne (University of North Carolina at Chapel Hill) revisited a longitudinal study of racial bias to investigate how social environments influence individual attitudes. The data indicated that while students experienced a reduction in implicit racial bias immediately following nine different interventions, not one produced an effect that lasted longer than a few days.

Findings such as these are often interpreted as suggesting that individuals’ implicit biases are highly resistant to change, Vuletich and Payne wrote, but these attitudes may instead be a relatively malleable reaction to persistent structural inequality in our social environments. In line with the bias-of-crowds model of implicit bias, the researchers found that prominent displays of structural inequality and historic racism on a university’s campuses—measured via the presence of Confederate monuments, a lack of racial diversity among full-time faculty, and lower social mobility for low-income students after graduation—were associated with higher average levels of implicit bias in students both before and several days after racial bias interventions.

This suggests that removing environmental cues of inequality such as Confederate monuments and increasing diversity in an organization’s leadership could help produce sustained changes in bias throughout an organization, the researchers wrote.

Similarly, Murrar and Brauer found that media may offer opportunities to communicate more subtle messages about positive intergroup relations without triggering the same levels of attitude resistance. In one such study, participants who watched episodes of a sitcom that portrayed a cast of Muslim Canadians as relatable individuals scored lower on measures of implicit and explicit prejudice both immediately after viewing the show and 4 weeks later compared to participants who did not.

That doesn’t mean that implicit bias interventions should become an artifact of psychological science’s past, however, Vuletich and Payne continued. While affirming egalitarian values may have only a temporary impact on individual bias, for example, this kind of tactic could still significantly reduce unintended bias in hiring or admissions decisions while organizations work to change the larger environment.

“The source of stable implicit bias—and the opportunity for change—is to be found in the places and people around us,” the researchers concluded.

Look out for more on how our social environments can contribute to and combat bias in an upcoming edition of the Observer magazine.

News > Minds at Work > Beyond Diversity Training: To Change Minds, Change the Environment