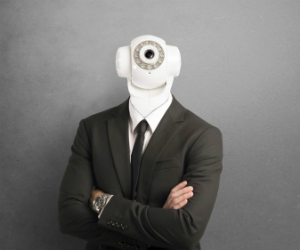 “Your call may be recorded for quality assurance and training purposes.”  We’ve all probably heard this message after dialing a call center before, but have you ever really thought about whether anyone was actually listening in?

In an effort to enhance employee performance, organizations like call centers are increasingly using technology to electronically monitor their workers on the job. With electronic performance monitoring, or EPM, supervisors can continually track and analyze an employee’s workflow in real time.

When call centers use EPM technology, supervisors are able to review recordings of calls, as well as listening into calls as they happen. Electronic monitoring systems are also used to continually collect information on performance metrics, such as average call handle time, total number of calls handled, and time on breaks.

But does this electronic “invisible eye” actually lead to improved performance on the job?

A new study from psychological scientist Devasheesh P. Bhave of Concordia University found that electronic monitoring was, in fact, associated with higher performance; not only that, he found that the more frequently workers were monitored, the better they performed.

Bhave expected that the “electronic presence” of EPM would have the same effect on employee behavior as having the boss physically present in the office. Knowing that they could be evaluated at any time, but not on which calls they might be evaluated, employees would be motivated to do their best and work harder on all calls.

To test this theory, Bhave analyzed three months of call quality assessments from a call center. The call assessments were made by a third-party company specializing in evaluating call quality for standardized measures, like using an enthusiastic tone and following company protocols.

After analyzing over 4,200 calls from 248 call center employees, Bhave found that the more frequently employees were monitored, the better their performance ratings were.

A second experiment looked at how frequently supervisors were actually using electronic monitoring to check up on their employees. Twenty-four call center supervisors filled out surveys asking how often they used electronic monitoring. Supervisors also rated 204 of their employees on their general work performance and how often they showed various positive and negative behaviors on the job.

There wasn’t a clear explanation for this link, but one possibility may be that employees are more motivated to undertake extra positive behavior in order to paint a good impression for their evaluations.

Although EPM may show promise as a way to improve employee performance, groups such as the ACLU and Electronic Frontier Foundation have voiced apprehension about the use of electronic monitoring in the workplace.

“Although the results of this study indicate a positive association between supervisory use of EPM and employee performance dimensions,” Bhave writes in the journal Personnel Psychology, “excessively high levels of EPM use may be detrimental to employee performance on account of fairness and autonomy concerns.”