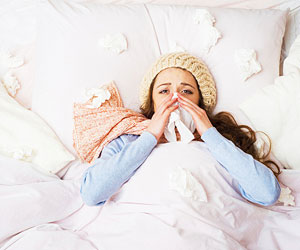 Employees who frequently call in sick can disrupt work flow and hamper productivity.  It’s not easy to determine whether new hires will end up being chronic absentees. But a new study reveals one possible harbinger — their lack of participation in the company retirement plan.

What’s the connection between absenteeism and retirement saving?

Researchers Timothy Gubler and Lamar Pierce of Washington University in St. Louis believe some of the same psychological factors that drive our health behaviors also influence our financial decision-making.

They hypothesized that people who are driven by immediate rather than future rewards may not only save less for retirement, but may also neglect their health. Along the way, they discovered a link between retirement savings and work absenteeism.

To demonstrate their theory, Gubler and Pierce analyzed data from an industrial laundry company’s health screening program provided to employees.

Screening results showed that 97% of the workers had at least one abnormal blood test and 25% had at least one severely abnormal finding. The employees were also given information on risky health behaviors and anticipated future health risks.

The researchers then followed the laundry workers for two years to see how they attempted to improve their health, and if any changes they made were tied to financial planning habits — specifically, their 401(k) contributions.

Gubler and Pierce found that employees who participated in the retirement plan showed improvements on a variety of health measures at significantly higher rates than non-participants.  Additionally, the researchers identified healthier lifestyle changes among 401(k) contributors.

But the most striking difference between retirement-plan participants and non-participants involved sick days. Those who contributed to the 401(k) plan logged 40% fewer sick days compared with non-contributors.

“This suggests that improving one’s health has significant spillover effects on society and business beyond the direct cost of poor health,” the researchers write in a new report in the journal Psychological Science.

Gubler and Pierce call for further, expanded studies like this, cautioning that they used a relatively small sample of participants in their research. Nevertheless, their findings show some significant connections between employees’ financial planning and their health.