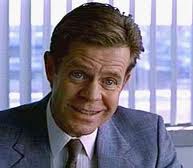 I had to buy a car recently, my first in many years, and I confess I couldn’t stop thinking about Jerry Lundegaard.

Jerry Lundegaard is a Minneapolis car salesman, and the central character in the Coen brothers’ 1996 film classic, Fargo. He is fast-talking, weasely, dishonest. Played to great comic effect by William H. Macy, Lundegaard is a caricature of all that we expect and fear in those who are out to sell us something.

Okay, so maybe some of this is my stereotyping of car salesmen, and perhaps I’m being unfair. But like a lot of stereotypes, mine has some basis in fact. Not the inept criminal part, but certainly the blustery, glad-handing, over-the-top enthusiasm. It’s well known that extraverts gravitate toward sales jobs—and they get hired for these jobs—largely based on personality. An outgoing nature seems well suited to selling.

But is it? Just because extraverts are attracted to sales jobs, does this mean they are necessarily good at selling us SUVs and wide-screen TVs and time shares in Honolulu? The evidence on personality and sales performance is actually quite mixed, according to Adam Grant, a psychological scientist at the University of Pennsylvania’s Wharton School. Grant suspected that, contrary to common wisdom, extraverts’ enthusiasm and assertiveness might undermine their effectiveness.

Here’s how he reasons. He suspects that extraverts might spend too much time trying to be the center of attention—babbling about themselves and their own ideas—and too little time listening to customers. He speculates further that extraverts’ bravado might be a warning signal to many. Excessive confidence might alert customers to the possibility that they are being manipulated—making them defensive and wary. By contrast, “ambiverts”—those in the middle on the extraversion-introversion trait—could be more flexible and variable in the way they engage customers, achieving a better balance between talking and listening, selling and serving.

Grant decided to delve below the extraverted salesman stereotype. He collected data from more than 300 employees of call centers around the country, predominantly men. They all completed a standard personality inventory, which covers not only extraversion but also conscientiousness, agreeableness, openness and neuroticism. Grant tracked their sales performance over three months.

The results were unambiguous. As described in a forthcoming issue of the journal Psychological Science, the highest performing employees scored at the exact midpoint for extraversion. In other words, they were ambiverts, not classic extraverts. Ambiverts brought in more revenue than introverts, but also more than extraverts. None of the other personality traits predicted performance in a meaningful way.

Grant believes that the “dark side of extraversion” may have important implications for career choice, hiring and training. A measure of assertiveness and excitement seems to enhance performance, but it appears there can be too much of good thing. What this means is that quieter, less outgoing people may be missing out on productive careers in sales—and employers may be overlooking potential star performers. What’s more, even when mild-mannered personalities do end up in sales, they are often “retrained’ to be more assertive and animated. Ironically, the opposite course may make more sense. Companies might well benefit from training their blustery, backslapping salespeople to emulate their reserved, soft-spoken colleagues.

Years of performing as a pianist sparked psychologist Chia-Jung Tsay’s curiosity about perceptions of “natural talent” and other factors that can influence how we evaluate achievements.