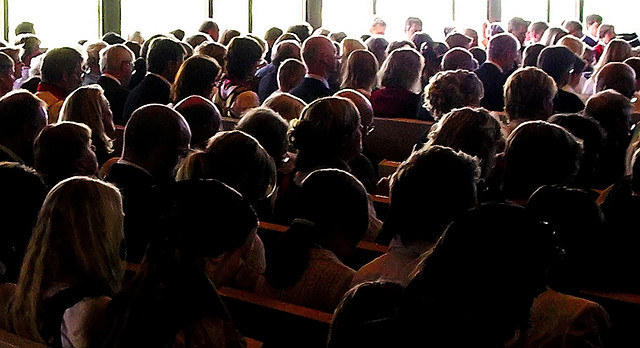 The vast majority of the planet’s 7 billion people ascribe to some kind of religious belief—that is, a faith in things that cannot be proven. This makes no sense from a scientific and psychological point of view, because supernatural beliefs—in contrast to our evolved thinking in general—serve no apparent purpose. They don’t help us comprehend and navigate the world. Why would the human mind create them, and allow them to persist?

Two cognitive psychologists now offer an intriguing explanation for this philosophical puzzle. Nicolas Baumard of the University of Pennsylvania and Pascal Boyer of Washington University in St. Louis argue that beliefs result from the interplay of two distinct human thinking processes that make up the human mind. Years of research have demonstrated that we all have a powerful intuitive system of thought—fast, automatic, largely hidden—as well as a slow and analytical system of thought. According to Baumard and Boyer’s theory, religious beliefs originate in deep-rooted intuitions about things completely unrelated to gods and afterlives—intuitions that were once adaptive but no longer are. Beliefs are not simply intuitions, however. They are the slow, deliberate mind’s attempt to explain these vestigial gut feelings.

Here are some of their illustrations:

These are just a few examples of common religious beliefs and practices, drawn from an article to be published in the journal Current Directions in Psychological Science. There are many more. What they all have in common is that they all originate in intuitive beliefs, which “pop up” without deliberate thought, and demand an explanation. In that sense, Baumard and Boyer say, religious notions are not special. They are just one form of evidence that the human mind is motivated, as a result of evolution, to comment on its own gut feelings.

This falls in line with what Robert Pennock called “The God of the Gap”. That which humans cannot understand seeks an explanation. Lacking science, man created God. The sun was Apollo, The moon, Diana, Mars explains war, etc. Today, we cannot explain our own origin, or the origin of the universe. Thus, religion. Jesus may or may not have been a manifestation of God, but he was real and certainly was a remarkable student of human behavior. In understanding us better than we understand ourselves, he was elevated to god status. The fear of religious people is that if we ever find the science to explain these mysteries, will God become irrelevant?

Wow both the writer and the commenter are barely exposing the surface. However I suppose it was that silly lab that I had in undergrad called physical anthro 100 .
Geez ya Kant effectively look at religion without using rational scientific approaches . Words like ‘adhere’ to faith undermine the true nature of it That is why clowns like Elron Hubbard are actually not manipulators but educating us that the Science-Tology of faith works and unemployed science-fiction writers can easily become famous.Too bad Foucault did not approach or lend some thought to religion the way he did psychiatry !

For each accepted explanation of a phenomenon, there may be an extremely large, perhaps even incomprehensible, number of possible and more complex alternatives, because one can always burden failing explanations with ad hoc hypothesis to prevent them from being falsified; therefore, simpler theories are preferable to more complex ones because they are more testable.
Christianity’s ad hoc: Jesus

Interventions to reduce unwanted behaviors often focus on retraining people’s mental associations, but showing people the consequences of the behaviors may be more effective. More