News > Full Frontal Psychology > A Salvo in the Soda Wars 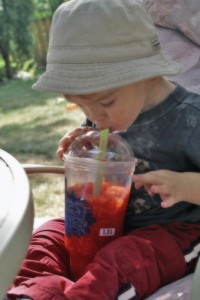 New York City mayor Michael Bloomberg’s controversial ban on large, sugary drinks was slated to go into effect today, but a state judge struck it down at the last minute. Supreme Court Justice Milton Tingling invalidated the proposed regulations—approved by the city board of health in September—that would have prohibited city restaurants, movie theaters and other food service providers from serving sugary drinks larger than 16 ounces.

The regulations were intended to help curb troubling obesity rates. But Justice Tingling called the prohibitions “arbitrary and capricious,” essentially agreeing with critics who had complained about a “nanny state” intruding on personal liberty—including the liberty to eat poorly and to be overweight.

Proponents saw the regulations differently, as a form of “soft paternalism.” That phrase comes from economist Richard Thaler and legal scholar Cass Sunstein, who argued in their 2008 book Nudge that governments can and should structure citizens’ choices to encourage sensible decision making and healthier lives. Mayor Bloomberg’s proposed ban, according to supporters, would not have taken away citizens’ freedom of choice—they could have purchased as many 16-ounce sodas as they chose—but it would have arranged the “choice architecture” in such a way that it made it more difficult to choose badly.

This behavioral economics theory is based on sound psychological science, specifically decades of work on cognitive heuristics and biases. For example, the “default heuristic”—or what Thaler and Sunstein label the “status quo bias”—describes the powerful human tendency to continue a course of action once it’s been chosen, even when it’s harmful. Changing course requires cognitive work, so it’s easier to stick with the status quo. Banning extra-large sugary drinks would merely make consuming 20 or 32 ounces more effortful, thus diminishing the likelihood of that choice. The ban would alter people’s habits and customs over time.

Another powerful bias—called the “unit bias”—describes the strong human preference for a single portion of anything. Left unregulated, most people will eat only one of whatever they are offered, but they will finish one serving regardless of the size. So in theory, the New York City prohibition would have diminished the likelihood that people would actually go back for a second 16-ounce soda. Over time, such choice architecture would have reduced overall consumption of unhealthy and fattening beverages—and addressed the runaway obesity epidemic, supporters say.

Mississippi lawmakers have passed a bill—mockingly nicknamed the Anti-Bloomberg Bill—that would prohibit localities from trying to regulate citizens’ food choices. Mississippi has one of the highest obesity rates in the nation.

Excerpts from Wray Herbert’s blogs—“Full Frontal Psychology” and “We’re Only Human”–appear regularly in The Huffington Post.

News > Full Frontal Psychology > A Salvo in the Soda Wars

Can Scientific Rigor and Creativity Coexist?

Will heightened standards for rigor and transparency quash the kind of inventive theories and predictions that have driven psychological science in the first place?

Results from two studies suggest that imagining an upcoming event may ‘color’ memory for that event after the fact.