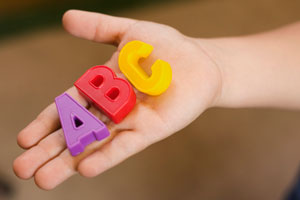 It may seem obvious that preschool helps kids perform better in later grades. But most studies to date have produced limited conclusions about how the preschool environment impacts a child’s academic success. A recent Psychological Science study has filled in some of those gaps.

In the study, Elliot Tucker-Drob analyzed a data set that included 1,200 fraternal and identical twins from 600 families. The focus on twins allowed Tucker-Drob to fully account for family-to-family variation as well as genetic influences. He also evaluated each child at two, four, and five years of age to make sure that achievement gaps attributed to preschool didn’t already exist before the preschool years. Micro-level factors, such as parental interaction, were built into the study in addition to more frequently studied macro-level factors such as socioeconomic status (SES).

Tucker-Drub found that children who went to preschool had better reading and math skills, especially if they had disadvantages such as low SES, minority status, or parents who didn’t stimulate them much at home. Preschool mattered little from kids from wealthy backgrounds and kids with highly interactive parents.

Yet Tucker-Drob write that “because lower-SES families are less likely to send their children to preschool, the equalizing effects of preschools at the population level may not be fully realized.” It’s a sobering conclusion for children forced to play catch-up while their peers are moving on to bigger and better skills.