Teaching > Myth: It’s Better to Stick to Your First Impulse Than Go Back and Change Multiple Choice Test Answers 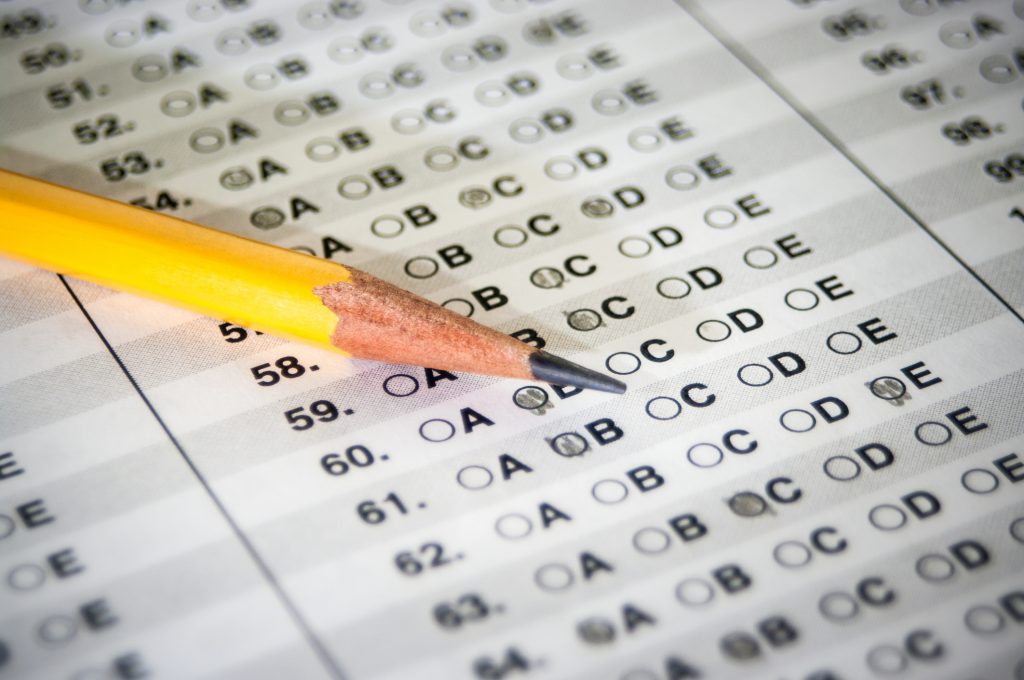 This myth is widespread among students, and is also endorsed by some professors and test preparation companies. It is a good myth to address early in the introductory course — perhaps even in the first week — for a few reasons. It provides an opportunity to introduce a systematic and scientific critical thinking model. It will provide immediate benefits to students if your course includes multiple choice quizzes and exams.

Another advantage of addressing this myth early in the course is that the outcome of the students’ evidence analysis is likely to be clear-cut and easy to understand.

When students search for evidence in support of the myth, they will find most of that information accompanied by evidence to the contrary (this is not always the case in other units). So it should be easy for them to gather evidence for and against the myth at the same time, thus allowing the unit to be completed in two sessions rather than three. Given that your first class session of the term is probably devoted to basic course organization and other introductory remarks, the only myth-related content you will need to present can come at the end when you assign the relevant readings and research tasks.

(Notice that these are not entire textbook chapters, but chapter sections that are most likely to engage students’ interest and focus their attention on the psychological science directly associated with each unit’s high-interest myth. You can of course encourage students to read beyond the assignment if they wish.)

Here are some of the sources your students are likely to find when you ask them to collect evidence in favor of this unit’s myth. We suggest that you let the students find these and other sources on their own, but remind them to look at the references cited in each source, not just the sources themselves. Developing the habit of following a chain of sources can help hone your students’ research skills.

Here are some sources where students are likely to find evidence that refutes the unit myth. Again, we suggest that you let the students find these and other sources on their own and that you remind them to use the references sections in each source to identify additional sources of evidence and thus expand their exploration.

Here is a suggested outline for a capstone lecture/discussion that you can conduct once the students have completed their final deliberatons and drawn their conclusions about the unit topic. (This segment of the unit would normally occupy most of the final day of the unit, but if the unit was completed in only two sessions, there might only be 20-30 minutes available for capstones.)

A. Highlight Scientific Thinking Processes
If at this point you have not already presented a general outline or plan for critical thinking, your capstone lecture/discussion is a good place to do so. Many such outlines and plans appear in introductory psychology textbooks. Here is five-step version that is especially compatible with the lesson plans presented in this Repurposing Introductory Psychology Project. You might want to present this critical thinking plan (or one like it) and ask your students to identify how the steps they took in addressing the unit’s topic relate to the steps outlined in the plan:

B. Highlight Some Research in Psychological Science That is Related to the Unit Topic

Unrealistic optimism
Many students, like many people in general, tend to be overly optimistic about their skills, abilities, and level of performance (e.g., Sheppard et al., 2015). Among other things, this tendency leads them to overestimate how many correct answers they choose on multiple choice tests (e.g., Pressley & Ghatala, 1988). If this overestimation is operating, a student might easily assume that changing an answer is likely to be a mistake.

Memory for failure vs. success
Students tend to more vividly remember times when they changed right answers to wrong ones than the other way around (Kruger, Wirtz, & Miller, 2005). This tendency is part of a more general tendency for failures and errors to be especially memorable. This tendency may be stronger for students with certain personality traits such as high neuroticism (e.g., Denkova, Dolcos, & Dolcos, 2012).

Role of the availability heuristic in decision-making
People use the availability heuristic when they judge the likelihood of an event or the correctness of a hypothesis by how easy it is to think of that event or hypothesis (Tversky & Kahneman, 1974). In other words, they tend to choose the hypothesis or predict the event that is most mentally “available,” much as they might select the box of cereal that happens to be at the front of the supermarket shelf. Although the availability heuristic tends to work well, it can lead to biased judgments — especially when the mental availability of events doesn’t match their actual frequency (Morewedge, Gilbert, & Wilson, 2005). For example, news reports about shark attacks, urban shootings, and bad reactions to vaccines lead many people to overestimate how often these memorable but relatively rare events actually occur (Courtenay, Smith, & Gladstone, 2012; Ungemach, Chater, & Stewart, 2009). As a result, people may suffer undue anxiety over swimming in the ocean, being in certain cities, or having their children vaccinated (Bellaby, 2003).

The desire to avoid regret
The desire to avoid regret over bad decisions can lead people to behave irrationally in many situations. For example, if your checkout line at the grocery store is moving slower than others, you may hesitate to change lines because you may recall a time when you did so and someone in front of you in the new line caused even greater delays (Miller & Taylor, 1995). The same effect has been studied in relation to lottery tickets (e.g., Bar-Hillel & Neter, 1996; Risen & Gilovich, 2007; van de Ven & Zeelenberg, 2011). When people in laboratory studies are given lottery tickets and then offered the chance to exchange them for another one, most refuse to do so, even if given a small amount of money to do so. The thought of losing a big prize, no matter how unlikely that loss might be, tends to lead people to behave in conflict with their best interests.

Risen, J.L. & Gilovich, T. (2007). Another look at why people are reluctant to exchange lottery tickets. Journal of Personality and Social Psychology, 93, 12–22.

Remember to give the next unit’s reading and research assignments at the conclusion of your capstone lecture/discussion.

Teaching > Myth: It’s Better to Stick to Your First Impulse Than Go Back and Change Multiple Choice Test Answers

Students who surfed the web in a college course had lower scores on the final exam than did those who didn’t go online.