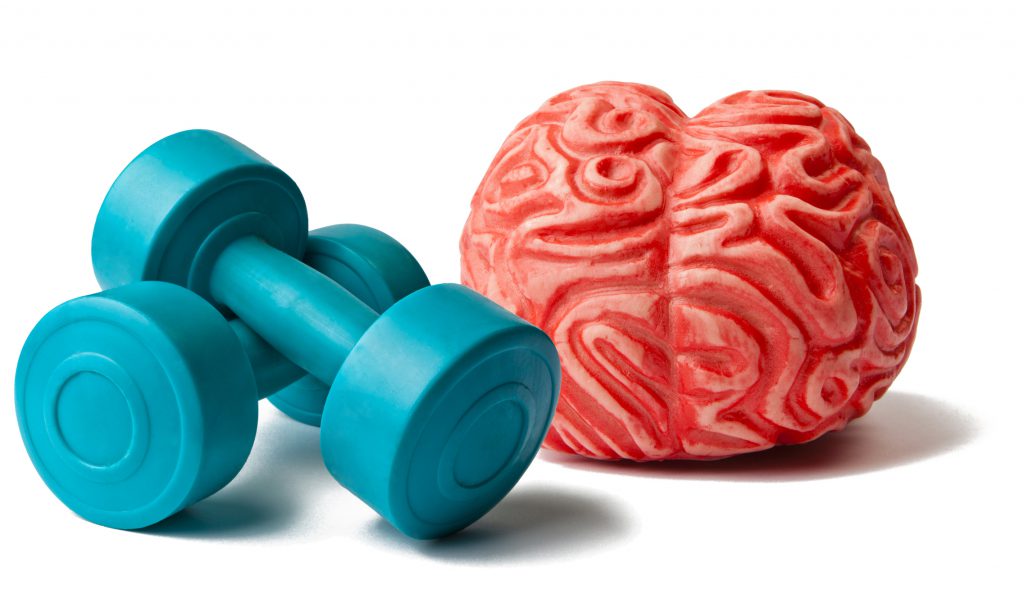 Clearly most of us would like to be more successful in school and at work, especially if we don’t have to work hard for guaranteed achievement. That’s pretty much what companies promoting “Brain Training” are offering. Rather than engaging in the difficult task of thinking and learning in varied and challenging educational environments, we can “get smarter” by playing games and “having fun” while doing it. The assumption in the claim (sometimes implied and sometimes explicit) is that, just as muscles get stronger by working out, the brain gets stronger with these exercises. But the brain is not a muscle and there is no “intelligence” equivalent of strength. Although practicing a cognitive task is likely to improve performance on that task, there is little compelling evidence that the training transfers to solving real world problems. The claims made by brain training sites are not supported by the data.

Researching this persuasive psych myth is an exercise in using the tools of scientific reasoning to think about popular claims regarding intelligence. This proposed module will follow the model of Activate, Question, Search, & Conclude. The focus is on critical reasoning, research methods, and defining intelligence. Many additional topics could also be addressed.

At the end of session before the Brain Training Module, activate prior knowledge for this new myth by asking students to think about the claim.

For Example: “How many of you have heard the claim that ‘Brain training makes you smarter’ or some version of it? Where? What versions? Do you believe it? Do you think others would believe it? Why would someone believe it?”

Assignment for Day 1
For next time, please find and be ready to share a link to a site that claims, “Brain Training makes you smarter” (or some version of the claim). After finding your site, you should review readings regarding the nature of making claims to prepare for our discussion. In class we will discuss whether and how the sites support their claim and how good you think that evidence is.

During our next three class sessions, we are going to try to answer the following questions:

Suggested reading assignments
Students should read or review readings in the textbook or additional sources relating to critical thinking, the nature of the scientific process, problems with “common sense,” and cognitive biases. For example, Chapter 1 in Bensley (2018) reviews making claims and evaluating evidence.

Ask the class to describe the claims they found. What is the actual claim being made? Does the site attempt to justify the claim? Does the site give evidence to support the claim? What types of evidence? How clearly is the evidence related to the claim? Does the site provide a source for the evidence or a way of accessing the source? As students present findings, take the opportunity to link the discussion to material from the reading assignment. Why is it easy to accept claims without evidence (e.g., heuristics and biases)? How does the scientific process provide tools that reduce our biases when evaluating claims?

Sources Students Are Likely to Find to Support the Claim
Two common sources students are likely to find supporting the claim are sites promoting the games themselves and sites promoting health claims regarding the games. We suggest that you let the students find these and other sources on their own, but remind them to look for any references cited in each source, not just the sources themselves.

“For decades researchers have created tasks that measure cognitive abilities. We transform science into delightful games…engineered to train a variety of core cognitive functions.”

The site does not actually claim improvement in cognitive function but is relying on the reader to infer that use of the product will result in improvement.

Summary
Students should have generated questions about justification, assumptions, and evidence. What do we need to know to be able to say whether the evidence supports the claims being made? What types of studies would the companies need in order to make their claims?

Assignment for Day 2
Given the questions raised, there is a need for a more targeted search. Is there really empirical evidence that brain training makes you smarter or are the claims going beyond the data? In evaluating research, we need to know how research allows us to make and support claims. What is the relation between the design and the claim? How are scientific claims limited by data? There are now many articles that refute the brain training claims by addressing the research evidence. Look for and be ready to discuss one of these articles.

Students find sources that critique the brain training claims and that address the evidence “Brain Training” proponents are providing to support their claims.

Here are some sources students are likely to find that refute the “Brain Training” claim.

Summary
Students should have identified the type of research that “Brain Training” sites would need in order to support their claims and whether or not research has provided that evidence.

Assignment for Day 3
Students should complete any additional readings for the final session and be ready to share a justified conclusion. Additional reading for the final session could include sections of the textbook on concepts that the class discussions may have touched on but not covered in depth, such as persuasive communication. However, it’s also important to expose students to alternative proposals for the development of thinking. The final discussion could include life span development, (e.g., how healthy and actively lifestyles relate to cognition); research on learning and cognition, (e.g., how we learn and remember); or findings from research on thinking and problem solving, (e.g., heuristics, roadblocks, and strategies).

Ask the students to state and justify what they think is the best conclusion to draw about the unit’s claim. Remember to point out that, in some cases, final conclusions must await further data and should reflect the strength and quality of evidence now available.

Final discussion should pull together what has already been discussed and provide an alternative recommendation. Additional student readings could be selected on a variety of related issues. You might want to present a brief capstone lecture/discussion that includes some of the following topics:

Bensley, D. A. (2018). Introduction to critical thinking in everyday life: A guided to effective thinking. New York: Worth Publishers.