Here at the (Implicit) Fitness Center

It’s fair to say that the filmmaker Alexander Payne takes a grim view of aging in America. In last year’s darkly comedic road film Nebraska, the highly praised Bruce Dern plays the alcoholic and incompetent Woody Grant, who suffers under the delusion he has won a million dollar sweepstakes prize. More

Why We’re Wrong About Affirmative Action: Stereotypes, Testing and the ‘Soft Bigotry of Low Expectations’

The Huffington Post: Earlier this month a divided Fifth Circuit Court of Appeals upheld the University of Texas’ right to use race amongst its criteria for undergraduate admissions, however limited that right may be. While the decision will be viewed as a small victory for supporters of race-based affirmative action, there is More

The Huffington Post: On prime time TV this week, during halftime of the NBA playoff game, the Yocha Dehe Wintun Nation of California ran a paid advertisement to protest cultural stereotyping of Native Americans. The two-minute clip was a series of images, each associated with a spoken word: soldier, doctor, spiritualist, son More

Blacks in Prison: Perception and Punishment

Everyone has heard the statistics on the incarceration of Black Americans, but they bear repeating. Blacks make up nearly 40 percent of the inmates in the nation’s prisons, although they are only 12 percent of the U.S. population. Some experts estimate that one in every four Black men will spend More 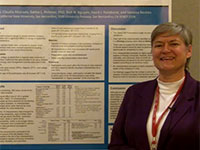 The Glass Cliff Phenomenon (GCP), in which women appear more likely to be promoted to leadership in times of crisis, is thought to be a function of stereotypic views of leadership. In this study, we systematically replicated Kottke and associates (2013), who had replicated  Bruckmüller and Branscombe’s (2010) study, to More

At the 2014 APS Annual Convention in San Francisco, three of the world’s most celebrated psychological scientists sat down for interviews about their education, their accomplishments, and their legacies. It was all part of the “Inside the Psychologist’s Studio” video series, modeled after the popular Inside the Actor’s Studio television More