Most people aim to treat others with fairness and equality — and yet, research from psychological science shows that, despite our best intentions, our behavior is often influenced by subtle biases that operate outside our conscious awareness.

In an historic decision on the Fair Housing Act issued last week, U.S. Supreme Court Justice Anthony Kennedy acknowledged that such implicit biases have the potential to be just as damaging as more explicit motivations, noting that housing policies can be considered discriminatory even without evidence of overt discriminatory intent. According to Kennedy, focusing on the disparate impacts of a policy, rather than disparate treatment, acknowledges the role of “the unconscious prejudices and disguised animus that escape easy classification as disparate treatment.” 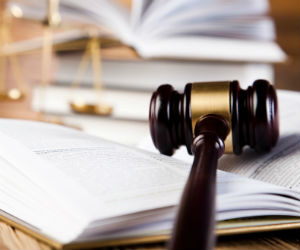 Kennedy’s recognition of “unconscious prejudice” rests on a field of research pioneered by renowned psychological scientists Mahzarin Banaji of Harvard University and Anthony Greenwald of the University of Washington. Scientific studies conducted by Banaji, Greenwald, and others have revealed the profound effects that implicit stereotypes have in guiding how we think about and categorize others across a variety of domains, from the workplace, to schools, to the court room.

“I was pleasantly surprised to read Justice Kennedy’s opinion,” says Banaji. “He argued that ‘disparate impact’ is what matters, one need not wait for conscious intent to harm. The community of psychological scientists who have documented the prevalence of unconscious bias for these past 30 years can see their work shape an important legal decision.”

The fact that implicit biases are so pervasive and yet they remain outside conscious awareness is what makes them particularly insidious:

“The most widely held misconceptions about implicit biases are that ‘they affect other people but not me’ and that it’s possible to eliminate these biases with relatively simple interventions,” says Greenwald. “These are both assertions that lack empirical support in research of the last 20 years.”

Employing techniques, such as the Implicit Association Test, that tap into the automatic associations we make, researchers have shown that even the most equality-minded people may hold entrenched implicit biases related to characteristics like gender and race. Accumulated evidence generated by these kinds of techniques has revealed, for example, that despite stated opinions to the contrary, many people hold implicit biases that lead them to associate specific categories of people with negative characteristics, including poverty, aggression, and even crime.

And research has shown that even mere indicators of race can shift behavior in subtle ways. A recent study demonstrated that participants were more likely to recommend harsh discipline when viewing a case file for a student who had a stereotypical black name than when the same file was presented with a stereotypical white name. Research led by psychological scientist and 2014 Macarthur Fellow Jennifer Eberhardt of Stanford University revealed that jurors were more likely to sentence defendants with “blacker” facial features to the death penalty for committing crimes involving a white victim.

According to Greenwald, the science of implicit bias is gaining attention not just in legal settings but also in corporate ones:

“Major software companies, such as Google and Intel, have concluded that implicit bias is playing a role in their having difficulty retaining and promoting minority and women employees.”