The last several decades have seen large declines in racial bias in social institutions in the United States. While far from perfect, barriers have been substantially decreased in education, business, politics, and communities.   Yet, at the individual social level, interracial interactions can still be stressful. Jennifer Richeson, Northwestern University, has More

While prejudice and racism are unfortunate realities of our society, psychologists are revealing valuable insights into this complicated human tendency. A new study shows that living with someone of a different race can help to reduce anxiety and other negative feelings towards minorities. In a study by Natalie J. Shook More

The knowledge of racial inequities in America is hardly breaking news. Our country’s long history of segregation and discrimination continues to reverberate in many areas of our society. Nowhere are the effects of discrimination more evident than in the health status of black Americans. “Over the life-course, blacks, more than More 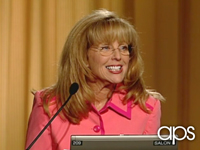 The study of human differences has been an important part of psychological science, but comparing people — in terms of intelligence or various measures of personality or ability — has major perils and pitfalls. One of these dangers is the (intentional or unintentional) stigmatization of groups that may result when More

Jackson When a psychologist needs a little inspiration, he or she might turn to the wise words of an old master, seeking in some eternal axiom the courage to move forward in the face of uncertainty. Many likely turn to Sigmund Freud, others to William James, a few possibly to More