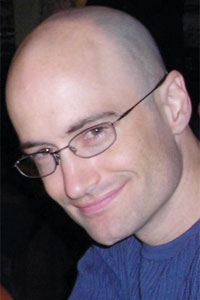 Racial stereotypes are complex and multifaceted. Researchers have highlighted the diverse attributes that are associated with a variety of racial groups. But amid this variability, stereotypes of the “other” as dangerous seem to occupy a special role. In the United States, these stereotypes are frequently applied to Black people — particularly to Black men. The presentation of a Black male face on a computer screen prompts attentional and physiological reactions in roughly a tenth of a second, and can motivate defensively oriented behavior. The mechanisms and consequences of these threat-based stereotypes constitute my primary research interest.

As a platform for studying the relationship between race and threat, much of our work employs a task in which participants decide whether or not to shoot a potentially dangerous “target.” This first-person-shooter simulation presents a series of images of young men, some Black, some White, some armed, some unarmed. The player’s goal is to shoot any and all armed targets. Using this task, we find robust evidence of bias, such that participants shoot an armed target more quickly and more frequently when that target is Black (rather than White), but they decide not to shoot an unarmed target more quickly and more frequently when the target is White (rather than Black). In essence, participants are faster and more accurate when targets conform to the cultural stereotype that Blacks are dangerous. Our initial work with this paradigm highlights the fast-acting influence of race on perceptions of threat, leading us to questions about the psychological processes that drive this bias as well as the potential to overcome it.

I was originally drawn to this work by the death of Amadou Diallo. The year before I started graduate school, Diallo — an unarmed Black man — was shot and killed by police officers who thought they saw him draw a gun (really, he was reaching for a wallet). There were widespread allegations that the officers were influenced by Diallo’s race; that they would have responded differently if Diallo had been a White man. We wanted to put that claim to the test — to experimentally assess the impact of race on decisions to shoot.

The research is exciting to me for two very different reasons. First, because I hold out hope that we will eventually develop a solid enough understanding to provide meaningful insight about real-world problems. People often tell me that our shoot/don’t-shoot work is very “applied.” The work may seem like it has obvious real-world implications, but the truth is that it has been really difficult to get to a point where we have anything meaningful to say to police. It’s difficult to build a bridge from the lab to the street. The translation is slow, messy and frustrating. But I like to think that with care, creativity and hard work, we will ultimately bridge the gap.

The second source of excitement is the sense of wonder that can come from a new discovery. It’s obviously critical to develop predictions based on a solid theoretical foundation, but it’s really fun when those predictions also push far enough into the unknown that they shake your assumptions a little bit.

I have been incredibly lucky so far. I’ve had amazing mentors to guide and push and pull me along. They have helped me tremendously with advice about concrete details on specific projects, but also by exposing me to their views about the scientific endeavor more generally. Bernadette Park, Chick Judd, Bernd Wittenbrink and John Cacioppo have each had a tremendous impact on me as a researcher. They’ve taught me a lot about intellectual and experimental rigor and the joy of the research process.

As silly as it sounds, I think one of the primary determinants of success in research is being unwilling to fail. If you really want to know the answer to a question, you don’t give up. Studies can go awry (mine go awry pretty often), but even when a study doesn’t give you a clear answer to the question you care about, it tells you something. As you delve into the data, you learn what you can from your mistakes, design a better study, and repeat the process until you’re confident you’ve really tested the hypothesis. Given the complexity of human behavior, you’re likely to find something interesting along the way.

More recently, we have begun to look at how racial cues capture and hold attention, as well as fairly subtle differences in the way perceivers process faces of ingroup and outgroup members. For instance, we have been using visual half-field studies to explore asymmetries between the left and right hemispheres of the brain in the processing of Black and White faces. I hope to learn more about the antecedents and consequences of these effects.

I suppose I’d tell them to choose their research area carefully. It’s relatively easy to run one decent study, but it’s hard to develop and sustain a good program of research. I think our goal as psychologists should not be to run a couple of cute studies. Our goal should be to rigorously advance an understanding of how the mind works — to explore mechanisms and consequences through a thoughtful body of work. To conduct that kind of sustained investigation, personally, I need to be deeply curious about the phenomena I’m studying. The glorious thing about this profession, of course, is that we are essentially free to study whatever we want. Unlike most people, we can define the scope of our work. I guess my argument is that, although we tend to think of academic freedom as a luxury, making a choice to study something that you love actually makes you a better scientist.

In 2007, my colleagues and I published a paper based on data from 270 police officers from around the country, 127 lay people, as well as a group of undergraduates in the lab. It was an enormous investment of time and energy, but we were all driven by an intense desire to find out what the data would show. And (to me, at least) the results were surprising and remarkably generative — they pushed our research in an entirely different direction. It was a great team effort and a really fun project.

A sample of research exploring memory for repeated images, stability and change in implicit bias, and mixed emotions toward racial out-groups. More