At the core of many governing failures is an inability to compromise. This general intransigence was best captured by US Representative John Boehner (R-Ohio) during a late 2010 interview on “60 Minutes” with Lesley Stahl. Boehner had recently been elected as Speaker of the House of Representatives, and he was More

These are indeed challenging financial times for our institutions of higher education — a kind of “perfect storm.” The sustained downturn in our economy has resulted in the erosion of state support for our public institutions, significant decreases in university endowments, great pressures to keep the cost of college More

Why Can’t We Be Friends?

Political fervor in the United States is at its peak as the end of the 2012 Presidential Election approaches, and APS Fellow Jonathan Haidt, from New York University’s Stern School of Business, has been patiently observing the fray. Haidt investigates the psychological bases of morality across different cultures and political More

Childhood vaccines do not cause autism. Global warming is confirmed by science. And yet, many people believe claims to the contrary. This political season may be a good time to ponder the question, “Why does misinformation stick?” According to an upcoming report published in Psychological Science in the Public Interest More 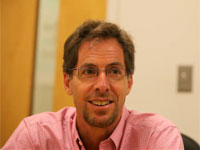 Edward Maibach on the Sticky Problem of Misinformation

“When it’s really important to educate the public about an issue, the most reliable means we have is simple, clear messages repeated often by a variety of trusted sources,” says Edward Maibach, Director of the Center for Climate Change Communication at George Mason University. Maibach wrote the introduction to the More