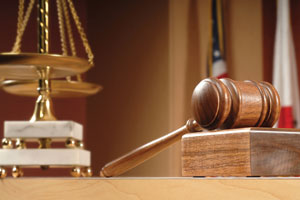 Remember those days back in grade school when you wrote an essay entitled something along the lines of, “How I spent my summer vacation?” It was a chore back then, but now, all these decades later, I feel like doing it again. I spent a good chunk of my last summer’s vacation doing something that I had never done before; I worked with a Pennsylvania trial judge, Jeannine Turgeon, and a plain language expert, Elizabeth Francis, from the University of Nevada, Reno, to devise a set of jury instructions that trial judges could offer to jurors at the end of a trial in cases that involved eyewitness evidence.

I’ve been investigating eyewitness testimony since the early 1970s. Back then, the anecdotal examples and published “collections” of wrongful convictions that were due to faulty eyewitness testimony were highly worrisome. I had not only read about individual cases, but got to meet some of those innocent people personally when I worked on their cases. I saw how devastating the errors could be on the falsely accused and their extended families. I did my research on the problem, and tried to speak out publically as forcefully as I could. Changes were slow to come. But jump ahead to 2013 and we now have evidence that the problem is much bigger than anyone might have foreseen. In more than 300 cases of wrongful convictions documented on the website of the Innocence Project, more than three quarters were caused in large part by faulty eyewitness testimony. Thank goodness for DNA to convince people that these wrongfully convicted are actually innocent.

Today the group of people passionate about this problem includes far more than the dedicated psychological scientists and defense attorneys who have pushed this cause for decades; it includes many players in the legal system, including the Pennsylvania judge, and the plain language expert who decided to take some concrete action. My work with them benefitted greatly from something that happened recently in New Jersey.

A New Jersey court case that deserves to be inducted into the Legal Hall of Fame (if there were such a thing), arose out of a crime that occurred in November 2003. The defendant in that case, Larry Henderson, was accused of participating in a New Year’s Day shooting in an apartment in Camden. About two weeks after the murder, a surviving witness identified Henderson from photos, and later at trial, and Henderson was convicted. But it turned out that there were problems with the witness’s persuasive identification. Notably, the witness only identified Henderson from the initial photos after the investigating officers engaged in behavior that would be characterized as “pressure” and “nudging.” Oh, and how about the fact that the witness had, earlier in the day, helped himself to rather large amounts of wine, champagne, and crack cocaine. Henderson appealed his conviction, and when it reached the New Jersey Supreme Court, a 2011 ruling got national attention. The decision showed a sophisticated appreciation of the eyewitness problem, dramatically changing the legal standard for how eyewitness evidence is assessed in a criminal case.

Briefly, defendants in New Jersey who can show some evidence of suggestive influences on witness testimony are entitled to a court hearing in which all psychological factors bearing on that testimony are scrutinized. After this extensive exploration, if the judge still decides to admit the testimony at trial, then the judge must provide tailored jury instructions that will guide the jurors on how to think about the eyewitness evidence.

Inspired by New Jersey, my judge and plain language colleagues decided we might be able to take this exercise a step further. Together we crafted instructions that tell jurors that memory is “not an exact recording of past events.” It is “not like a video recording we can simply replay.” The instructions not only urge jurors to consider various factors (as some instructions from the old days do), but they provide specific information on how to think about those factors (as instructions from the old days failed to do). So, for instance, there is an instruction on “weapon focus.” It tells the jurors that, “Scientific research establishes that the presence of a weapon can distract a witness and take the witness’s attention away from the face of a person committing a crime. As a result, the presence of a weapon may reduce the reliability of an eyewitness identification.”  Decades of psychological science (and an excellent meta-analysis) is thus being communicated in an understandable jury instruction.

There is another example that is even closer to my heart as it concerns post-event contamination of memory. Our proposed instruction urges jurors “to consider whether the eyewitness was exposed to opinions, descriptions, or identifications given by other witnesses that influenced (his/her) memory.” And “to consider whether the eyewitness saw photographs or read newspaper accounts, or was exposed to any other information or influence that may have affected the independence of (his/her) identification.” Larry Henderson’s New Jersey trial may have ended differently had such an instruction been given.

The full set of Pennsylvania instructions can be found at www.dauphincounty.org/government/Court-Departments/Offices-and-Departments/Court-of-Common-Pleas/Documents/Turgeon/Model-Eyewitness-Identification-Jury-Instructions.pdf. Our hope is that these psychologically based, plain language instructions will lead the jurors to reach better decisions and in this way, play a small but important role in reducing the tragedy of wrongful conviction that arise from faulty eyewitness memory. Hopefully other states will follow the New Jersey lead, or the Pennsylvania step. Perhaps others might be sufficiently inspired that they will tackle the large number of jury instructions that focus on issues outside of the eyewitness realm. Larry Henderson probably had no inkling when he was arrested back in 2003 that his case might lead to collaborations between psychologists, legal professionals, and others that might change the justice landscape for people accused of crimes.

This was thought provoking and informative as usual. Your work has made such an enormous contribution to the world. Big Kuddos!

is an APS Past President and a Distinguished Professor, Department of Psychology and Social Behavior, and Department of Criminology, Law, and Society at the University of California, Irvine. Loftus is an internationally recognized expert in the study of human memory and has received the APS William James and James McKeen Cattell Fellow Awards. She can be contacted at eloftus@uci.edu.