Video > Around the Web > The New Science of Mind 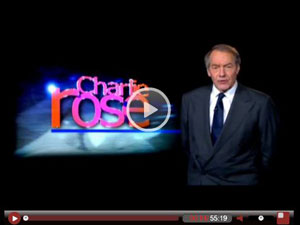 One of the greatest challenges facing the 21st century is to better understand the vast reaches and workings of the human mind. Together, neuroscientists and psychologists have made groundbreaking discoveries about the brain that will have far-reaching public policy implications.

During his State of the Union address, President Obama recognized the importance of this progress when he outlined a decade-long program aimed at supporting a better understanding of the human brain.

Cognitive psychologist Walter Mischel and neuroscientist Michael Shadlen of Columbia University; Nobel Prize–winning psychological scientist Daniel Kahneman of Princeton University; and Alan Alda, actor, writer, and host of the upcoming PBS program, “Brains on Trial,” sat down on the Charlie Rose Show recently to discuss the new science of mind and its impact on public policy.

*Don’t miss Daniel Kahneman at the 25th APS Annual Convention in Washington, DC, in May.

Video > Around the Web > The New Science of Mind