The Nation: We live in the age of the fMRI machine, dazzled and bamboozled by pictures of brains “lighting up” in living Technicolor. Before these neuroscientific glory days, the mysteries of the mind had to be approached by rather less alluring methods: postmortem examination of the brains of psychiatric patients More

The National Institute on Aging (NIA) has announced two funding opportunities for psychological scientists. According to the NIA, the goal of this initiative is to generate interdisciplinary applications “examining social, emotional and economic behaviors of relevance to aging” using an approach that investigates both relevant behaviors and the underlying genetics More

Michael Gazzaniga: “Who’s in Charge: Free Will and the Science of the Brain”

The Diane Rehm Show: Recent research in neuroscience suggests that much of what we do is hard wired.It’s tempting to believe that further research will eventually demonstrate that physical properties of the brain fully control the human mind. But neuroscientist Michael Gazzaniga argues we already have enough data to conclude More 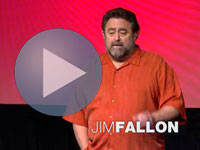 Jim Fallon: Exploring the mind of a killer

For psychology students interested in the criminal justice sector, this particular TED Talk provides plenty to pique their intrigue. Jim Fallon uses both science and personal history to deeply dissect the complex genetic and neurological factors that contribute to homicidal impulses. However, some of the biological components do frequently require More

National Geographic: Although you know your teenager takes some chances, it can be a shock to hear about them. One fine May morning not long ago my oldest son, 17 at the time, phoned to tell me that he had just spent a couple hours at the state police barracks. More 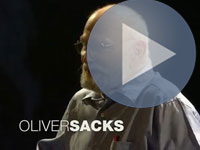 Oliver Sacks: What hallucination reveals about our minds

Mainstream society tends to associate hallucinations and delusions with the drug-addled and the mentally ill, but in reality they stem from many different sources and provide some amazing insight into how the brain works. Charles Bonnet syndrome, for example, involves the visually impaired “seeing” some incredibly vivid images that aren’t More