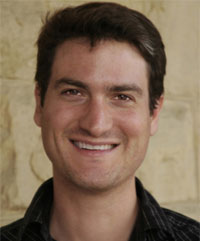 One of my main interests involves how the important contents of people’s selves — like their interests, motivations, and emotions — which people tend to think of as defining of or as originating in themselves, in fact derive from the social context, especially from others they know or are socially connected to. With my collaborators, I’ve looked at this in the context of academic motivation and achievement. We’ve shown, for example, that even subtle cues of social connection or disconnection to others in a field of study can have a large effect on intrinsic motivation for that field. Much of this research relates to problems of inequality, such as how negative stereotypes and stigma change the social environment of academic settings for minority group members in ways that can undermine students’ feelings of belonging and achievement.

When I was in high school, I joined a student group that led workshops with middle-school students on issues of race, discrimination, and stereotyping. As I did, going through what I now know of as cognitive dissonance, I became more interested in issues of inequality. At one point, I read Claude Steele’s 1992 article in Atlantic Monthly on stereotype threat (“Race and the Schooling of Black Americans”). For me, the idea that pervasive inequalities in American life could be due, in part, to social psychological processes was transformative. I was struck by the possibility that we might not need to entirely eliminate poverty and structural inequalities to expand opportunities and make a significant difference in people’s lives. Perhaps just by tweaking the social environment we could help make the American dream more of a reality for underrepresented groups. It was through stereotype threat that I first understood the subtle and extraordinary power of social psychology.

I don’t think you ever stop learning and growing in academia. I have had many wonderful mentors, including students, postdocs, and peers. It was Claude Steele who first drew me to psychology, and I worked with him and his graduate students as a research assistant throughout college. I did an honors thesis with Claude too, and, more than anyone, he forged my interests in the field. In college I also did a research project with Eleanor Maccoby, who was a warm, wonderful, and wise mentor. I have on my bookshelf a copy of Eleanor’s book, The Two Sexes: Growing Up Apart, Coming Together, which she gave me and in which she inscribed, “To Greg Walton — Who thinks like a psychologist, and may become one.” No book means more to me than that one.

In graduate school, Geoff Cohen was my advisor from day one, and he has always been a perfect mentor, collaborator, and general co-conspirator to me. In addition, Mahzarin Banaji helped further develop my interests in social cognition and social problems. After graduate school, I worked for a year in Washington, DC for Hillary Clinton, who I admire immensely and who, in her own way, served as an important mentor to me. As a postdoc, I had another wonderful mentor, Steve Spencer, who is ever warm and welcoming and generous with his wisdom. As a faculty member at Stanford, Carol Dweck has welcomed me with open arms and helped me learn the ropes on the job. All these plus my students and postdocs at Stanford have meant a great deal to me.

I think I found a problem — a social and a psychological problem, the social bases of academic outcomes and inequality, and how to remedy this source of inequality — that I am passionate about, that inspires me, and that I have pursued tenaciously with some of the best friends and collaborators around.

I’m excited about new research examining interventions to improve students’ sense of belonging in the transition to middle school (with Geoff Cohen, Julio Garcia, Nancy Apfel, and Allison Master), to elite engineering programs (with Christine Logel, Jen Peach, and Steve Spencer), and to high school, including an intervention with teachers (with Christine Logel and Jason Okokofua), about strategies to deliver psychological interventions more broadly (with Dave Paunesku and David Yeager), and about the implications of this research for affirmative action (with Steve Spencer and Sam Erman). In addition, an important aspect of this research involves thinking about why even brief social-psychological interventions can have large effects even over long-periods of time, a question that links social and developmental processes and which I’ve been thinking about with Geoff Cohen.

I’m also excited about research on the self including “expandable self theory” (with Dave Paunesku and Carol Dweck); on implicit theories of willpower, including new physiological, brain imaging, and intervention studies (with Veronika Job, Carol Dweck, Katharina Bernecker, Eric Miller, and Sam McClure); on the sense of working with others, including how this sense can arise from minimal cues in the physical absence of others, increase intrinsic motivation, reduce stereotype threat, and provide a new psychological account for the effects of social norms (with Priyanka Carr); on how minimal social cues if connectedness and togetherness can increase motivation even among preschoolers (with Allison Master and Luke Butler); on how social connections and dissonance may conspire to reduce intergroup antipathy (with Tiffany Brannon and Steve Spencer); on language and interventions to change political behavioral (with Chris Bryan and Carol Dweck); and on many other topics!

Don’t mire yourself in small questions or narrow problems — if you do, you set the ceiling on the potential impact of your research too low. Ask big questions. When you do a study, make it address a real social or psychological problem, not just a narrow question relevant only to the laboratory (or some reviewer). Think big, get the details of the study right to insure it will have impact, collaborate, and persevere when editors or reviewers are too thick to get it.

That is a difficult question. But I entered the field incredibly excited about the possibility of using social psychological processes to address pervasive inequality in society. So my research with Geoff Cohen and others in creating and testing interventions to buttress ethnic minority students’ feelings of social belonging in college has been extremely gratifying.

This research finds, for instance, that a one-hour exercise to ameliorate some of the worries about belonging associated with being negatively stereotyped in school improved the grades of African American college students over the next three years, halving the racial achievement gap. Related to this is my research demonstrating how the psychological threats that interventions like this address systematically undermine stereotyped students’ academic performance, a finding with direct relevance to affirmative action: