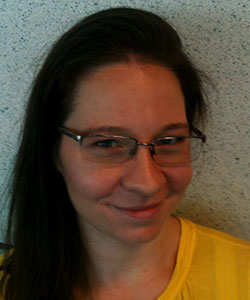 Generally, I research how social interactions with other people — both friends and strangers — affect our understanding of the social world. More specifically, I focus on how friendship with people from different social groups (“cross-group friendship”) impacts intergroup processes. This is a relatively old question within the field of intergroup relations, but I have been examining it anew by applying or developing experimental paradigms that can test the causal role of diverse friendships on intergroup experience. I try to capture the highest resolution image of social interaction by taking a multi-method approach; most of my studies combine self-report, behavioral, and physiological measures. Given that I study social interaction and friendship dyads, I have developed particular expertise in multi-person psychophysiological recording and multilevel modeling.

There is an extent to which research is exciting, just in and amongst itself. I am incredibly grateful that people pay me to think up research questions, answer them, and then tell everyone else what I did. This may be, in part, because I did not know that being a psychological scientist was a career option when I entered undergrad. When I realized that we can extract meaningful signal from the noisy social world, I was hooked on trying to explain as much unexplained variance as I could. That being said, I have always been fascinated by the arbitrary nature of social hierarchies, and I love to watch people interact (perhaps all the more so in the weird social situations I create for them in the lab).

However, I am hoping you will indulge me having some fun with this question. I feel all humans should be motivated to understand more about successful intergroup relations, because, ultimately, we need to colonize other planets than Earth. In approximately 4 billion years, the Sun will grow to a red giant and its radius will extend beyond the orbit of the Earth. Approximately 1 billion years before that, the Sun will begin producing too little radiation to support mega-fauna on Earth. Therefore, we must leave this place; the Earth represents a single point of failure for humanity.

However, leaving Earth is a very challenging task; it is nothing short of rocket science. My opinion is that group inequality is one of the greatest barriers towards our species achieving this important goal. Group inequality hurts our likelihood of surviving until interplanetary colonization for two reasons: (1a) oppression reduces the total workforce available to innovate and (1b) oppression reduces the likelihood that a single genius who can solve our problem will rise to the top; and, (2a) we run the risk of killing each other before we leave Earth or (2b) if we only kill some people and not others, then the human species would be more susceptible to a single extinction event. At the risk of sounding grandiose, I am dedicated to research on intergroup relations, because we all need to work together to get off this rock.

Intellectually, I have been most influenced by Kurt Lewin, Gordon Allport, John Cacioppo, Eleanor Rosch, Richard Lazarus, and Walter Mischel. The person who has most shaped me is my graduate mentor at the University of California Berkeley, Rodolfo Mendoza-Denton; his passion, contemplativeness, and diligence are a continuing inspiration to me. I then went onto do a postdoctoral fellowship at Harvard with the one-and-only Wendy Berry Mendes. Wendy has taught me so much, from deeply technical knowledge to expert social skills; she is, hands-down, one of the best players of the “game of life” that I have ever met. Back in the day, Vicki Helgeson shaped me as a scientist, and Joel Greenhouse and Howard Seltman shaped me as a statistician. There are so many friends and colleagues who have lifted me up along the way, and I am sorry for not being able to thank everyone who deserves it. Nonetheless, I want to give a particular shout-out to my intellectual brothers and sisters: Michael Inzlicht, Jennifer Goetz, Linda Tropp, Modupe Akinola, Wayne Chan, Lindsay Shaw Taylor, Michelle Goldman-Flythe, Mario Aceves, Alexander O’Connor, and Sang Hee Park. These days, I am grateful to have the thriving intellectual and social environment of the University of Toronto, both Scarborough and the tri-campus psychology department. Of course, it is impossible to separate my success from having two parents who both embraced lives of innovation and self-actualization. Most importantly, the brilliance, creativity, and generativity of my husband, Ian Dennis Miller, has filled my adult life with adventure, awe, and meaning.

I keep spiraling further down the social interaction wormhole. Once you have the statistical tools for handling clustered observations (e.g., multilevel modeling) and you figure out how to collect simultaneous data from multiple people at once, the social world is your oyster. I am currently examining processes of physiological synchrony, which is a phenomenon whereby two people’s cardiopulmonary responses become synchronized while interacting with each other. I am curious as to how physiological synchrony develops within social interactions and what functional purpose it plays in social coordination. Ultimately, though, my heart is with intergroup relations, and so my research will always have the essence of intergroup relations.

At least for now, my scientific baby is my one-study Journal of Personality and Social Psychology (Page-Gould, Mendoza-Denton, & Tropp, 2008), which was internally dubbed “the friendship study”. We paired Latino and Caucasian participants into same-ethnicity and cross-ethnicity friendship dyads and had them undergo a friendship manipulation with each other for three weeks. Over a series of friendship-building interactions, participants who were initially prejudiced showed decreasing stress reactivity — measured through reactivity of the stress hormone, cortisol — as they developed closeness with a cross-ethnic partner. After the friendship-building period was over, the participants who were prejudiced at the start of the study initiated significantly more cross-ethnic interactions in their daily lives after making a cross-group friend in the lab. There are many reasons why I am proud of this paper. The most important reason is the theoretical contribution; this research showed that making a new cross-group friend improves future contact experiences. We also incorporated the perspective of multiple ethnic groups at the same time, which is sadly still not typical in intergroup research. I also find the combination of experimental and longitudinal methods to provide a nice, one-two causal punch.

One of the most caring and genuine people that I know. Amazing professor and person!