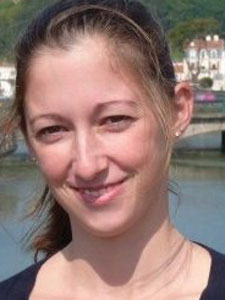 My research focuses on the very basic issue of understanding how the interactions between a system’s components constrain and enable that system’s dynamics. The human brain is a very complex system for which this question is particularly fascinating and has pervasive ramifications for the human condition. Non-invasive neuroimaging techniques have enabled us to map the large-scale structural connectivity throughout the entire human brain, as well as the functional connectivity between large-scale brain areas over both slow functional magnetic resonance imaging and fast electroencephalography/magnetoencephalography time scales of brain activity. My research focuses on understanding both structural and functional connectivity using new tools from network science. The complementary goals are furthering a basic understanding of how the brain works and providing support for novel clinical interventions in neuropsychiatric disease.

I was originally drawn to this line of research by the hope that in understanding the brain’s network of interconnections, we could unlock an entirely new set of solutions for disease diagnosis, treatment development, and intervention monitoring. I was also excited by the possibility that my formal training in physics and math could help me to make direct contributions to human health and general quality of life.

My greatest mentor is hands-down my twin brother. Currently pursuing a PhD in philosophy, he is constantly inspiring me to identify creative links between disparate branches of science to facilitate pragmatic ends in mental health. Of course I have also been influenced by a host of other scientists in physics, math, psychology, and neuroscience both past and present. I can look back on interactions with many individuals that spanned anywhere from several hours to several years as indelibly altering my trajectory in science. Of these influences, I think particularly fondly of my time in Cambridge, England, working with seminal systems neuroscientist and psychiatrist Ed Bullmore.

The majority of my current projects are focused on understanding how brain connectivity changes — over time scales of seconds to years — and how those changes can serve as signatures of healthy or diseased cognitive function either at rest or during goal-directed behaviors. There is an incredible wealth of information in brain dynamics that we have barely even begun to tap. Recent analysis methods from physics and mathematics, including tools from network science, have provided novel ways of characterizing these dynamics that promise to lead to critical new insights in basic cognition and neuropsychiatric disease.

This is a paper in which I did what I love most about science. I identified a new mathematical technique that could be used to address a critical question in psychological science. It was the culmination of several years of thought, and has spawned a host of other research questions that I am just beginning to tackle now.