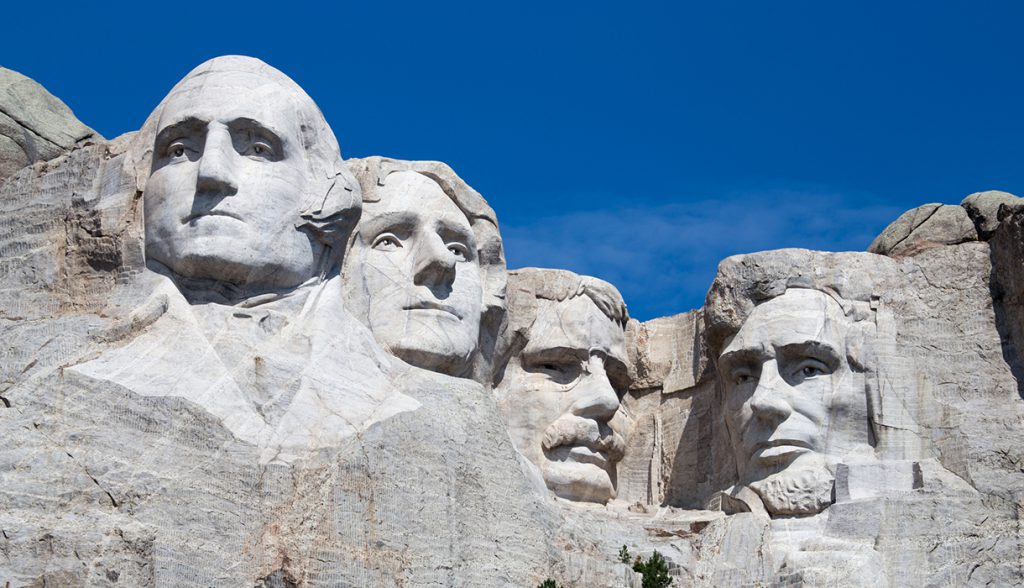 Abraham Lincoln is widely considered the greatest US president for his leadership during the American Civil War. Over the last 154 years,  presidents have pursued a place in history that could at least approach the stature that Lincoln holds in the American consciousness

But instead of dwelling on how they’ll be remembered, they might worry more about whether they’ll be remembered. Ongoing research from APS Past President Henry L. Roediger, III, of Washington University in St. Louis, suggests that most US presidents are destined to fade quickly from the nation’s collective memory.

Roediger has been testing undergraduate college students on their ability to recall the names of presidents since he was a Yale University graduate student in 1973.

His latest research paper on the topic, coauthored with psychological scientist K. Andrew DeSoto, is published in Current Directions in Psychological Science.

Roediger’s research suggests that most presidents will be largely forgotten within 50 to 100 years after they occupy the White House.

The new paper compares results from the presidential-recall tests Roediger has given to three generations of undergraduate college students (1974, 1991 and 2009) with a similar test offered online to 577 adults ages 18-69 in 2014. It also examines the ability of another group of adults to identify the names of presidents among a larger group of names.

Early on, Roediger administered the presidential-recall test to research individual test takers’ patterns of remembering and forgetting. In their new study, he and DeSoto, who was a graduate student at WUSTL and now APS Assistant Director for Policy, were able to uncover how Americans forget presidents from our historical or popular memory over time.

Participants in each test were given a blank list and asked to record the names of all presidents they could remember, in order of the presidents’ service. If they were able to recall names but not the order, they were instructed to guess or to list those in the margin. Therefore, the researchers could score the results based on the participants’ recall of presidents, regardless of correct order.

The research continues to find consistent patterns in how we have forgotten such leaders of the free world — and a trusty formula to predict the rate in which future generations are likely to forget current presidents.

Among the half-dozen presidents who served around the time the test first was given in 1973, Harry S. Truman, Lyndon B. Johnson and Gerald R. Ford faded fast from historical memory, whereas John F. Kennedy has been better retained. That study estimated Truman will be forgotten by three-fourths of college students by 2040, bringing him down to the level of presidents such as Zachary Taylor and William McKinley.

“Kennedy was president less than three years, but is today remembered much better than Lyndon Johnson, who served much longer and accomplished much more,” Roediger said. One suggestion: Assassination rendered Kennedy more memorable. However, Roediger added, that doesn’t apply to James Garfield or the previously mentioned McKinley.

Hillary Clinton, had she been elected in 2016, had the potential to be much better remembered than her husband, because her presidency would represent a unique first in American history. Barack Obama may be well remembered for the same reason, Roediger said.

Given the nearly half-century window for these tests and this presidential memory study, the rate at which college students forget the order of recent presidents remained amazingly consistent across groups and over time. For instance, 1974 college students roundly recalled Johnson and his ordinal position — No. 36. But by 1991, the numbers who recalled him dropped to 53 percent. By 2009, it plummeted to 20 percent.

Their research also shows that less than 20 percent of the participants are able to recall more than the past eight or nine presidents in a row. As of today, that means somewhere around Ford and Nixon are the end of the memorable line — and Johnson is history.

“We’ve also tested individuals’ abilities to choose presidents’ names out of a list, rather than recall them from memory,” DeSoto said. “Although people do better at this task, the presidents who are best recalled are also best recognized.”

So how well will President Trump be remembered?

“It’s really hard to predict,” Roediger said. “He is unique in so many ways.”

“If Trump is remembered in 75 years, it will probably be because of what happens during his term of office, not his personality. Presidents during cataclysmic events such as wars are likely to be better remembered than those who governed in times of peace. We may have had quirky presidents in the past with their quirks irrelevant to their memorability. Benjamin Harrison dressed up as Santa Claus at Christmas time, but if he is remembered at all today, it’s not for that reason.”

“Still, I predicted in 1974 that Gerald Ford would be well remembered because he was the first person to become president without having been elected either president or vice president. Yet this unique feature is not remembered today.”

We do not recall Warren Harding who surely highlighted presidential corruption with the Teapot Dome bribes. We will likely forget Tricky Dicky who put “GATE” into the corruption lexicon. Trump, as seems highly apparent, trumps Harding and Nixon as far as payoffs, bribes, conflicts of interest and number of cabinet resignations to avoid prosecutions. We just need a Dome or Gate to label his administration. Maybe Roger Stone will offer a catchy term.