Longitudinal data collected from university students suggest that exposure to an acute trauma may be linked with an improvement in symptoms of anxiety or depression for some individuals. The research, led by Anthony Mancini of Pace University and co-authors Heather Littleton of East Carolina University and Amie E. Grills of Boston University, investigated human resilience in the wake of the Virginia Tech shooting that occurred in 2007.

The shooting left 33 people dead (including the shooter) and 25 others injured, making it the most deadly civilian shooting in U.S. history. The event was undoubtedly tragic, affecting the lives of VA Tech students, staff, and their family and friends in profound ways. 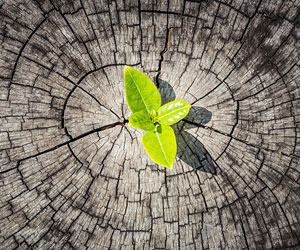 But Mancini and colleagues hypothesized that the shooting may have had a surprising effect for some individuals. The researchers speculated that exposure to the trauma may have motivated some students to seek out social connections with others, and this increased sense of social connection could help to ameliorate preexisting symptoms related to depression and anxiety.

“Thus, although students, faculty, and staff undoubtedly had to contend with a deep sense of loss and an increased sense of vulnerability following the shooting, they also potentially experienced a changed social landscape, characterized by an increased sense of connectedness, trust, and cooperation,” the researchers explain in their paper.

As might be expected following a traumatic event, some individuals did report a sharp increase in their symptoms following the shooting (23% for anxiety symptoms, 19% for depression symptoms).

But the researchers also identified a fourth group of individuals who reported a decrease in symptoms over time following the shooting (13.2% for anxiety symptoms, 7.4% depression symptoms).

Further analyses indicated that participants who showed this “improvement trajectory” also tended to show an increase in social support over time, in line with the researchers’ hypotheses.

The findings overall provide a deeper understanding of the relationship between mass trauma and psychological functioning and suggest that a key element of adaptive coping is the enhancement of close relationships.

They only had one data point before the shooting, so how food they rule out regression to the mean? Also, this event was not similar in severity for all students. Some students, for instance, might not ever have met any of the victims–so that’s a huge variable.

I see this research redelved into the same data set already used to publish something else and rehashes the same point, seems exploiting status climbing because it looked like the exploited in the same way for rehashing information intended for some other study of a rape victims sample, as well as redelving into the resource loss and gain participant group who’d been studied for something else.

I see this research redelved into the same data set already used to publish something else and rehashes the same point, seems exploiting status climbing because it looked like the exploited in the same way for apparent repeatedly changing the purpose of a study newly for trauma – rehashing information that had been originally intended for some other study of a rape victims sample, as well as redelving that’d already been done into the resource loss and gain participant group who’d been studied for something else.