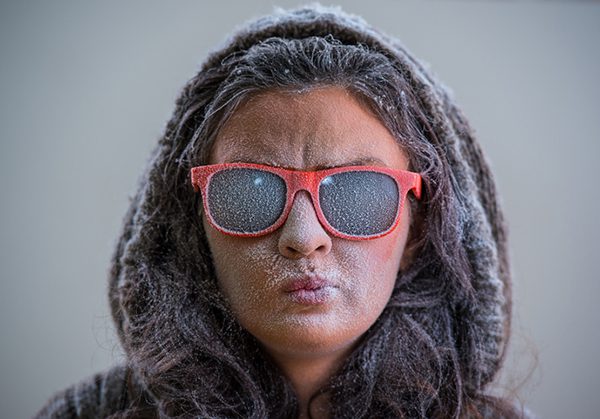 It can be hard to keep your cool on days when the temperature soars. Long lines at the store seem harder to bear, and that constant pencil-tapping from your office mate is just a touch more irritating than usual. Many studies have examined the relationship between cognitive control and physical temperature, finding, for example, that hot temperatures stimulate aggressive and impulsive behaviors and lead people to perform more poorly on tasks requiring cognitive control than they do when the weather is more temperate.

In an extension of this line of research, a 2017 study published in Psychological Research by Eliran Halali (Stanford University, USA; Bar-Ilan University, Israel), APS Fellow Nachshon Meiran (Ben-Gurion University of the Negev, Israel), and Idit Shalev (Ben-Gurion University of the Negev, Israel) investigated whether physical changes in temperature actually have to occur in order to influence cognitive control or whether merely activating the mental representation of hot or cold is enough to alter cognitive control.

To examine this, the researchers had 87 participants perform an antisaccade task (a measure of cognitive control) in which they were presented with a distractor stimulus and an arrow in quick succession. Participants were instructed to indicate the direction the arrow was pointing but had to suppress their tendency to gaze toward the distractor stimulus so they would have enough time to see and respond to the arrow.

Participants then briefly held a cooled, warmed, or room-temperature therapeutic pad before completing more trials of the antisaccade task. Their performance on the antisaccade task was better and improved more after the cold, but not the warm, priming.

In a second study, participants performed the same task but instead viewed a picture of a cold snowy landscape, a warm sunny landscape, or an asphalt road and were asked to imagine themselves in that location. They then completed a block of antisaccade task trials during which that same landscape served as the background on which the stimuli were placed, with a block of trials for each type of landscape. The researchers found that participants’ performance on the antisaccade task was significantly better after imagining themselves in the cool landscape than in the warm or neutral landscape.