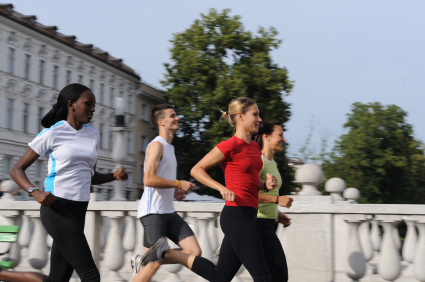 Who would have thought that exercising and voting were related to each other? A recent study published in Psychological Science found a link between people’s physical activity and their political activity.

Researchers ranked each state for physical activity based on various population databases on exercise, diabetes, obesity, etc and found that people who live in more active states are also more likely to vote. In an experimental study, volunteers who were exposed to active words such as “go” and “move” said they were more likely to vote in the upcoming presidential election than did volunteers who saw words like “relax” and “stop.”

These findings could have important applications for encouraging people to vote. For example, through sports context, a wider range of people can be promoted to vote, including those who may be politically naïve, uninvolved, or who don’t necessarily care about politics.

When it comes to voting, it’s like what Nike has been saying all along, ‘just do it!’

Just because something can be done, doesn’t mean that it should be. There would IMO be a whole host of ethical concerns around priming people to vote, as this couldn’t be done effectively within a framework of informed consent.