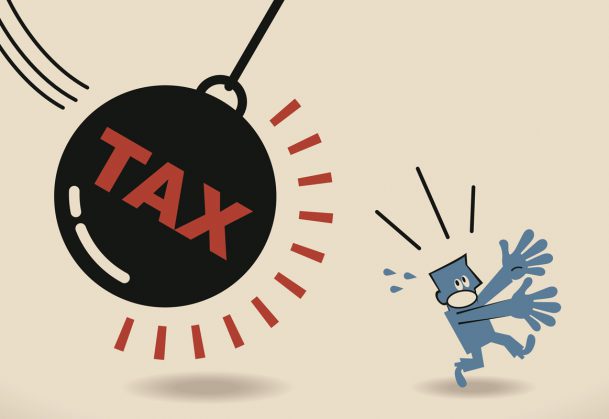 The first week of April is drawing to a close, which means millions of Americans are making a mad dash to get their taxes done and filed by the April 15th deadline. In the face of an exceedingly arcane tax code, many turn to the help of professionals to make sure their taxes are done right — after all, no one wants to suffer through the all-dreaded audit.

But some will inevitably decide that the government won’t be getting their money this year. What motivates some people to pay and others not?

An article in the April 2014 issue of Current Directions in Psychological Science looks at the factors that drive people to pay, or not pay, their taxes.

“Citizens’ tax compliance is of utmost importance for a state to provide public goods and redistribute wealth,” write Erich Kirchler and colleagues at the University of Vienna. “Although research on tax compliance and tax evasion has long been dominated by economists, in recent years, sociologists, political scientists, legal scholars, philosophers, anthropologists, and psychologists in particular have contributed substantial knowledge to this field.”

While traditional economic models predict that scofflaws should be common in countries like the United States, where the risk of punishment (audit or fine) is relatively low, the reality is that most people do pay their taxes. So what motivates the select few who don’t pay up?

Integrating theory and findings from economics and psychology, Kirchler and colleagues propose a “slippery-slope framework” of tax compliance composed of two factors: power of authorities and taxpayers’ trust in those authorities.

According to this framework, the ability of authorities to enforce tax payment through fines and audits, combined with taxpayers’ perceptions of the authorities as benevolent and oriented toward service, interact to determine whether citizens voluntarily pay up, or whether payment has to be enforced.

Importantly, the dimensions create a slippery slope because they are reciprocal — that is, a decrease in trust can lead to a decrease in power, and vice versa.

Survey findings from representative samples of taxpayers in Austria, the United Kingdom, and the Czech Republic support the slippery slope framework, showing that voluntary cooperation is motivated by high trust in authorities; when both perceived trust and power were low, compliance declined.

“That power and trust are essential for good tax governance is being seriously considered by authorities in various countries,” say Kirchler and colleagues. Indeed, high mutual trust between taxpayers and authorities may explain the “high tax morale” in Switzerland.

Tax administrators in the Netherlands and Austria, for example, have developed pilot projects for young entrepreneurs as one way of building mutual trust.

“Regulation takes place on a slippery slope, and authorities are required to find the right balance between offering supportive services and ruling with an iron fist,” the researchers conclude.

Publications > Observer > Observations > The Taxman Cometh: Science Explains Why Some Pay and Others Evade

I wonder what the effect is of having to pay or figure out how to pay taxes which the US requires people to do vs. having the government figure it out and sending you a bill which you can dispute? NYT 4-14-2017 has an article on that and points out the USA is an outlier in requiring people to figure out their taxes when the government could just as easily do it