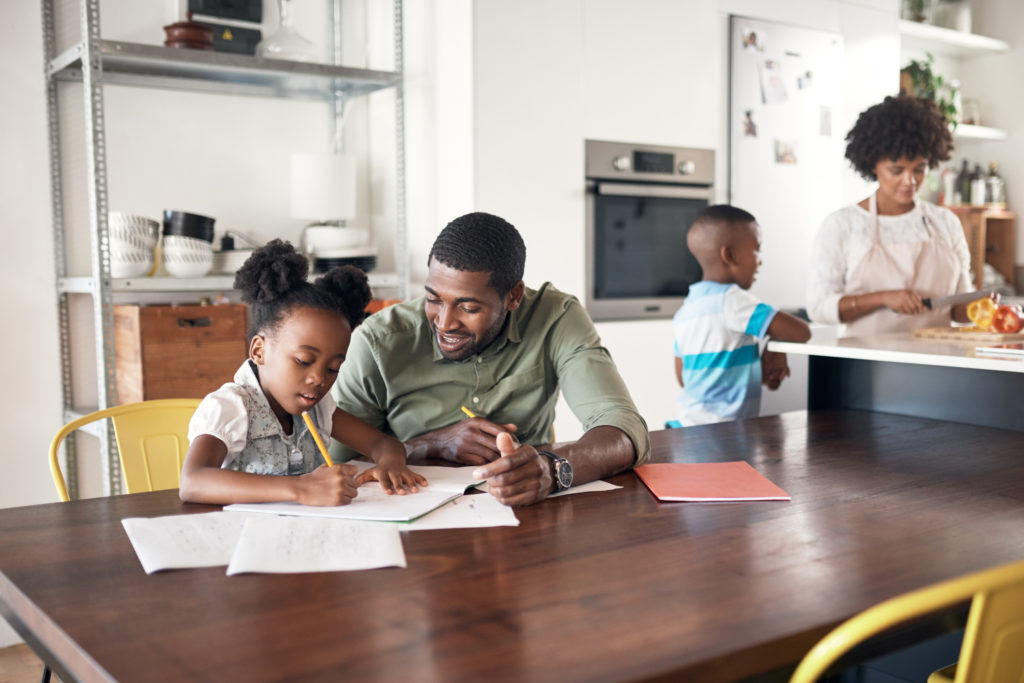 A growing body of research has established the long-lasting impact of living in poverty during childhood and adolescence, when our brains are at their most plastic. The stressors associated with low socio-economic status have been found not only to limit academic achievement and increase anger and depression in youth, but to leave a lifelong imprint on the brain structures responsible for executive functioning and emotional regulation. Research in Psychological Science suggests, however, that supportive parenting can help lead adolescents, and their brains, down a more positive developmental path.

“Parenting that includes high levels of sensitivity and emotional support, along with low levels of conflict, can offset many of the psychosocial disadvantages that beset children and youths in poverty,” writes Gene H. Brody, a professor of human development and family science at the University of Georgia, and colleagues.

To investigate these stress-buffering effects, Brody and colleagues recruited 91 African American young adults from rural Georgia who had previously participated in a longitudinal study on the protective effects of supportive parenting in the “working poor” – families living near or below federal poverty standards despite the primary caregivers working an average of 40 hours per week.

In the initial study, the participants’ caregivers supplied information on their family’s financial status when their children were 11 to 13 and 16 to 17 years old, for a total of five assessments. At each time point, the parents also rated the levels of encouragement, involvement, and communication in their parent-child relationship and completed an inventory on the ways in which they resolved or extended conflicts at home.

At age 25, the participants then underwent a functional magnetic resonance imaging (fMRI) scan focusing on neural activity in the central-executive network (CEN), a brain region related to decision making and self-control, and the emotion-regulation network (ERN), an area responsible for reigning in emotional responses. In these areas, reduced resting-state functional connectivity (rsFC) – that is, the amount of neural activity in a region when an individual is not actively engaged in a task –has been linked with increased occurrences of depression and other problems with emotion regulation.

As expected, Brody and colleagues found that participants who spent more years in poverty between the ages of 11 and 17 exhibited less rsFC in the CEN and ERN at age 25 – but only if they received parenting high in conflict and low in emotional support. Participants who grew up with supportive parenting, on the other hand, demonstrated no significant reduction in rsFC regardless of the number of years they spent in poverty. Participants’ current income levels were also found to have no effect on functional connectivity.

“Supportive parenting ameliorated the impact of living in poverty during adolescence,” the researchers write. “This suggests that adolescents pick up cues from their parents’ regulatory abilities that are incorporated into their own everyday behavior.”

When adolescents have opportunities to witness problems being solved with deliberate, planful, and direction action, they’re more likely to employ those strategies themselves, rather than relying on avoidant or negative emotional reactions, the authors explain.

Future studies might explore whether supportive parenting equally protects against the neurological impacts of growing up in poverty in urban settings, and among members of different racial or ethnic groups.

Measuring CEN and ERN resting-state connectivity at both age 25 and in childhood or adolescence would also provide a valuable point of cross-comparison, Brody and colleagues write, although this was not possible due to funding limitations. While it seems most likely that these rsFC changes resulted from unsupportive parenting in impoverished circumstances, the researchers explain, it’s also possible they reflect individual differences in resting-state activity beginning in youth, which could cause individuals to react differently to parenting style and poverty.

The Power of Intentional Parenting works. When parents are displaying unconditional love it is felt. When there is trust and respect displayed it is felt. When the relationship is put first, it is felt. It is felt in the most positive and it is a win win solution for our life world and affairs.

A sample of research exploring depression and autobiographical memory, early response and sudden gains in a depression intervention, inflammatory proteins as predictors of change in depressive symptoms, and emotion displays and relationship formation in anxiety disorder.