It’s World Autism Awareness Day, an annual celebration in which autism organizations across the globe engage in fundraising and educational events to raise public understanding of the developmental disorder. And it falls in the wake of last week’s U.S. government report showing a 30 percent rise in autism rates. According to the Centers for Disease Control and Prevention, the condition now affects an estimated one of every 68 8-year-old children, up from one in 88 just two years ago. 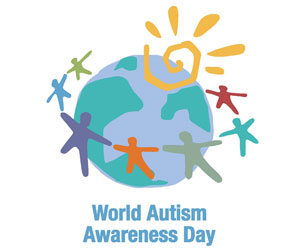 Fortunately, psychological scientists are helping researchers from other disciplines make progress in early diagnosis and intervention for children with autism.

One of the most promising studies, published last year in Nature, found markers for the disorder within the first 6 months of life.

The researchers divided the infants into two groups based on their risk for developing an autism spectrum disorder. Babies who had an older sibling already diagnosed with autism were put in a high-risk group, while the others were dubbed low risk. Jones and Klin tracked the children for 3 years, calculating the percentage of time each child fixated on the caregiver’s eyes, mouth, and body, as well as other areas in the images.

By age 3, nearly all the children in the high-risk group had been diagnosed with autism spectrum disorder.

The researchers then looked at the eye-tracking data to investigate which factors differed between children who received an autism diagnosis and those who did not.  They discovered that the children diagnosed with autism showed a steady drop in eye fixation beginning as early as 2 months of age and continuing through the course of the study. By 2 years of age, the children later diagnosed with autism focused on the caregiver’s eyes only about half as long as did those without autism.

What’s more, infants who showed the fastest decline in eye fixation over time were those who later showed the highest levels of developmental disability.

The results challenged a long-held notion that children with autism innately lack social engagement skills, including eye contact.  While eye fixation declines in children on the spectrum, it isn’t completely absent during infancy.