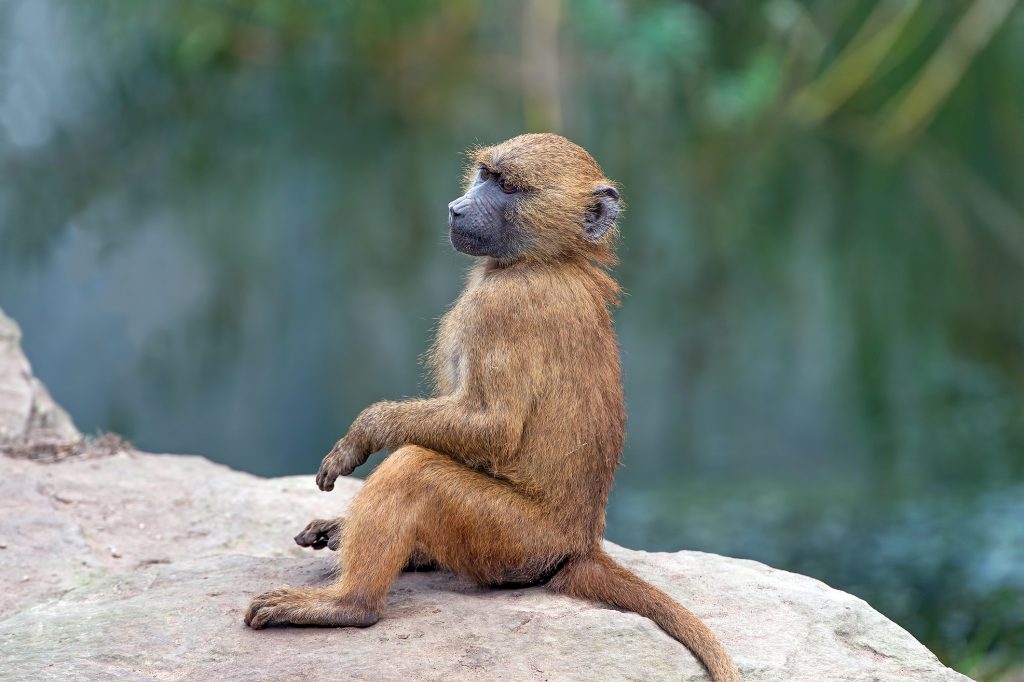 Nonhuman primates can do a lot of things that humans do – they can use tools, teach each other skills, and use sound to communicate. But they don’t seem to be capable of making human-like speech sounds—or so researchers thought. A team of scientists including APS Fellow Arnaud Rey (Centre National de la Recherche Scientifique and Aix-Marseille University, France) has just published new findings showing that Guinea baboons do, in fact, make sounds akin to human vowel sounds.

Researchers had long thought that primates were not capable of making human speech-like vocalizations due to the high position of their larynx. But this explanation doesn’t hold in light of the fact that human infants also start out with a high larynx and are able to make these speech sounds.

The research team analyzed 1,404 recordings from 15 Guinea baboons, living in a primate center in France but typically native to West Africa. The team found that the baboons produced at least five sounds that are very similar to vowel sounds found in many human languages. And, like humans, the baboons also stuck sounds together to produce a vocalization, such as the “wahoo call,” an additive process that was thought to be unique to humans.

“We were surprised that the baboons combined the vowel-like sounds in various ways,” first author Louis-Jean Boë said in a PLoS One news story about the research.

This new evidence of primates’ vocal abilities supports previous research from cognitive scientist W. Tecumseh Fitch (University of Vienna, Austria) and colleagues that suggests Japanese macaques have the anatomy required to be able to produce speech.

“It perfectly complements our own results,” Fitch said in an interview with Science. And it “provides additional evidence that scientists have underestimated the flexibility of the primate vocal tract.”

Fitch is a keynote speaker at the International Convention of Psychological Science taking place March 23-25 in Vienna, Austria. His address, “Cognitive Evolution: People Are Animals Too,” will explore how cross-species evolutionary research shows just how much humans have in common with other animals and helps shed light on the evolution of cognition over time.