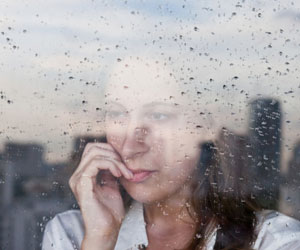 Being on the receiving end of criticism from loved ones is unpleasant for anybody, but for some people, it may go so far as to affect their mental health.

Research has shown that people who rate their loved ones as being highly critical of them are more likely to suffer relapses and face poorer outcomes when dealing with illnesses such as depression, substance abuse, OCD, agoraphobia, bipolar disorder, and schizophrenia.

Researchers believe that high sensitivity to criticism may be caused in part by cognitive biases toward interpreting ambiguous information negatively.

That’s not to say, however, that loved ones are off the hook: Their criticism may be what makes a person more attentive to negative emotional signals and thus prone to a negative cognitive bias.

In the study, 76 adult participants rated how critical “the most emotionally important person” in their lives, such as a spouse, was of them.

They then completed two tasks designed to detect differences in attention to positive, negative, and neutral emotional stimuli.

They also predicted that people reporting high levels of perceived criticism would be more inclined to interpret ambiguous information negatively.

Masland and colleagues note important applications for research on perceived criticism in the mental health field:

“Because [perceived criticism] is so easy to assess, it may allow researchers and clinicians to identify individuals at risk for developing psychopathology as well as those likely to have poorer clinical outcomes,” the researchers conclude.

This was helpful in a small, one-note sort of way. The question then becomes how to move into positivity while not rejecting helpful, useful feedback that could have been interpreted as negative through the negativity lens.

Totally agree with above comment. Data is presented clearly but it seems to miss the whole point as to why people stumbled upon it in the first place. What do we do with this data to help people who may have the negativity bias?