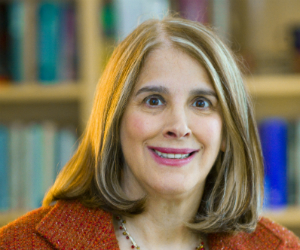 Research in the emerging field of cultural neuroscience aims to illuminate how cultural values shape the neurobiology of behavior and neurological processes. APS Fellow Denise C. Park spoke about her research in this arena at a recent seminar series hosted by the National Institutes of Health (NIH), in Washington, D.C. The seminar series, “Addressing Health Disparities through Neuroscience,” aims to increase awareness of the impact of neuroscience research in addressing health disparities.

“There is sometimes a tendency to resist the idea that culture can affect some aspects of the brain,” explained Park. “But if you think about it, few people find it so surprising that video games could change the function of your neural attentional system, or that taxi drivers have larger hippocampi from repeated use of their way-finding processes. Unless you’re bicultural or travel extensively, however, the culture in which one is enmeshed is largely invisible to us.”

A pioneer in the field of cultural neuroscience, Park is the co-director of the Center for Vital Longevity, Distinguished University Chair in Behavior and Brain Science, and Regents’ Research Scholar at the University of Texas at Dallas where her research also focuses on determining how cognitive experiences can delay the negative effects of aging on the brain.

Park presented along with noted psychiatrist, neuroscientist, and philosopher Georg Northoff who serves as the director of the Research, Mind, Brain Imaging and Neuroethics Unit at the University of Ottawa and the Canada Research Chair in Mind, Brain Imaging, and Neuroethics. Northoff recently published his second book, Unlocking the Brain, Volume 2: Consciousness, which elaborates on his research using a neurophilosophical approach to understanding the relationship between the mind and the brain.

“How do these changes come into the brain? The same stimulus should be processed the same way in different brains, but that’s not the case. The brain is apparently intrinsically linked to its respective context, whether it’s a socio-political or cultural context. And that’s really a game-changer in how we conceive the brain,” says Northoff.

While these differences in cognition are often subtle, research is finding that culture has a very real impact on the way that people’s brains process information — even causing people to see things differently.

While Western culture typically places value on independence, East Asian cultures often emphasize the importance of interdependence and cooperation. Both Park and Northoff’s research has shown that these cultural differences can fundamentally impact the way that people see the world and process visual stimuli. For example, when Americans look at a scene they tend see objects as separate and individual whereas East Asians are more likely to view a scene as a unitary whole.

Park and colleagues have demonstrated in multiple studies that people from East Asian cultures and Western cultures show differences in regions of the brain involved in perceptual processing—specifically  in object processing regions, the parahippocampal region (scene processing), and the fusiform gyrus (face processing).

Park and Northoff believe that a deeper understanding of culture can facilitate communication and cooperation across cultures in an increasingly diverse society, which could even have significant impacts on international negotiations and diplomacy.