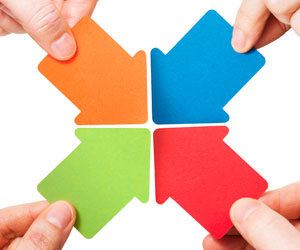 Multisite research collaborations can lead to significant discoveries, but they are also a challenge for many reasons, including logistical ones.

The National Institutes of Health (NIH) have introduced a new policy to streamline one aspect of these valuable projects: Now, multisite, NIH-funded studies conducting the same experiment are required to use only a single institutional review board (IRB) to oversee the research.

This new policy begins May 25, 2017, and affects NIH-funded multisite studies which intend to use the same experimental protocol.

When a principal investigator submits a grant application, he or she will be expected to indicate that a single IRB (called an “sIRB” by NIH) will be used to oversee the research at all sites. Thus, this sIRB is expected to conduct the ethical review of the protocol and work with the principal investigator to communicate ethics decisions with other researchers at different sites. Researchers are encouraged to budget for costs of the sIRB in their grant applications.

According to NIH Director Francis S. Collins, this change will facilitate a faster, more efficient multisite research process with no significant downside.

“For the majority of multisite studies, the IRB at each participating site continues to conduct an independent review,” Collins said in a statement. “This review adds time, but generally does not meaningfully enhance protections for the participants. This new NIH policy seeks to end duplicative reviews that slow down the start of the research.”

Before enacting this policy change, NIH requested comments from 167 stakeholders, which included researchers, academic institutions, and the general public. Most groups were supportive of the proposed change, although some academic institutions felt that use of a single IRB should be voluntary, rather than mandatory.

NIH’s IRB changes coincide with other investigations that the federal government is conducting on how to streamline ethics review processes while maintaining important protections for research participants, such as the proposed changes to the Common Rule, which are still under consideration.