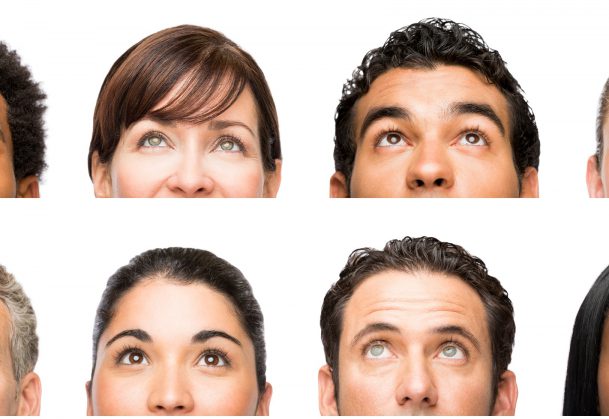 They found that, comparatively, subjects’ pupils constrict after reading or listening to ‘light’ words, just as they would in high-light environments. They widen in response to ‘dark’ words, just as they would in dark conditions, and have an intermediate size after reading or hearing neutral words. This study demonstrated a strong relationship between language, our senses, and the parts of the nervous system that control our bodies.

These researchers were exploring the theory that, when we process a word’s meaning, we replay associated sensory input and ‘go through the motions’ associated with that word, mentally or physically. For example, the word “banana” might start a signal that tickles your visual cortex with the image of a yellow peel, your olfactory bulb with a unique banana smell, or your motor cortex with the ghost of a peeling motion.

Until now, tests of this theory have only been able to show that words enhance a physical action already being performed (phrases like ‘close the drawer’ caused subjects to perform a pushing motion faster) or that matching sensory information could help comprehend a word more quickly.

While these previous experiments have provided evidence to support this ‘embodiment of language’ theory, this is the first that shows direct physical control from reading or hearing words. The results suggest that this process is automatic since pupil dilation is reflex not under voluntary control.

While this research explores and may support the theory that people ‘embody’ words as they read or hear them, there are other explanations for this phenomenon. The scientists suggest that this response may have evolved for a completely different reason: to prepare someone for a situation they hear or read about. Hearing a friend say “light” might be an instruction to look at a light, and the preemptive pupil shrinking may be the brain anticipating brightness; perhaps a similar response to the word “attack” might include panic, looking around, or getting ready to run. Words that indicate action may serve as signals to your brain to anticipate—an advantage for those chatty primates living with other chatty primates.