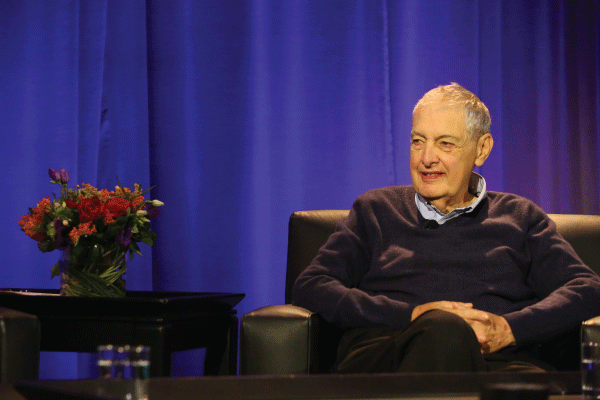 Lee Ross, a psychological scientist celebrated for his work on biases in decision making, died Friday, May 14 in Palo Alto, California. In a career that stretched over 50 years at Stanford University, Ross was elected to the American Academy of Arts and Sciences (1994) and the National Academy of Sciences (2010). In 2003, he received the APS William James Fellow Award in recognition of his extensive research on judgement, inferences, and decision making.

Ross died of a longstanding heart condition and was in the company of his family at the time of his passing, according to APS Fellow Hazel Markus, a close colleague.

Born in Toronto in 1942, Ross influenced many fields of psychology, including attitude formation and change, social cognition, judgment and decision-making, social influence, intergroup relations and political psychology. His research generally focused both on sources of bias and error and strategies to ameliorate them.

In his 2019 “Inside the Psychologist’s Studio” interview, Ross spoke with Swarthmore College Psychology Professor Andrew Ward about applying his research to citizen diplomacy in the Middle East and Northern Ireland. These efforts were made through collaboration with the Stanford Center on International Conflict and Negotiation, which Ross cofounded with APS William James Fellow Amos Tversky, among others, in 1984. In a 2018 Observer column, Ross and Donald Redelmeier (University of Toronto) also discussed how greater awareness of the illusion of personal objectivity can help guide medical practice.

Ross also wrote numerous books, including Human Inference: Strategies and Shortcomings of Social Judgement and The Person and the Situation: Perspectives of Social Psychology with APS William James Fellow Richard Nisbett (University of Michigan at Ann Arbor) and The Wisest One in the Room—How You Can Benefit from Social Psychology’s Most Powerful Insights with Thomas Gilovich (Cornell University).

“On behalf of everyone at APS, our thoughts are with Lee’s family, friends and colleagues,” said APS Executive Director Robert Gropp. “His career, filled with significant scholarly contributions and a commitment to contribute solutions to important societal problems, is an inspiration.”

Ross is survived by his wife Judith and their children Joshua, Timothy, Rebecca, and Katherine.

Lee’s extraordinary career was a vital influence on my research and teaching, as I’m certain it has been for so many. He had a remarkably continuous ability and curiosity to do interesting experiments, and to write so compellingly about them. The current craze on bias certainly reflects in large part the impact Lee had in his own seminal experiments on judgmental bias in the 70s and 80, and his extremely important books with Dick Nisbett. Lee will surely occupy a deservedly luminous position in the history of experimental social psychology.