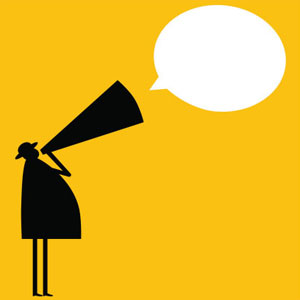 Susanne Bruckmüller, University of Erlangen-Nuremberg, Germany, and her coauthors were interested in how the language used to compare people and groups can affect the way those people and groups are perceived. For example, the sentence Police officers solve problems differently than firefighters, posits firefighters as the “linguistic norm” (Bruckmüller, Hegarty, & Abele, 2012). According to previous research, when two groups of equal status are compared, the evaluator tends to assume that the group positioned as the linguistic norm (in this case firefighters) has more power and higher status than the other group, whose relationship is presented as an “effect to be explained” (in this case police officers) by its relationship to the linguistic norm (Bruckmüller, Hegarty, & Abele, 2012).

After reading a text about leadership style in which men, as opposed to women, were treated as the linguistic norm, participants were more likely to indicate that status differences between the two genders were large and legitimate. They were also more likely to apply gender stereotypes. However, reading a text about leisure time activities in which men were treated as the linguistic norm did not result in an increased likelihood that participants would accept gender differences and apply stereotypes.

According to the study authors, these results may show that treating high-status groups as the linguistic norm reinforces negative stereotypes only in the contexts where disparity actually exists — such is the case for leadership but not for leisure activities. Furthermore, the authors pointed out the importance of balancing the need for fair language with the need for clear communication in scientific writing. They suggested that, where possible, scientists use more than comparisons rather than less than comparisons because certain research suggests that “readers tend to evaluate more than comparisons more positively” (Bruckmüller, Hegarty, & Abele, 2012).

Very interesting findings. I agree that the one being compared to is usually regarded as “superior”.But if “less than” is used, than” more than”, then does the comparison have to be reversed? Otherwise, the meaning of the writer may get distorted.

Interesting. I am working on a campaign requesting a High School retire a male gendered mascot, the AXEMEN. The mascot symbol is used liberally throughout the school building and on signage, and promotional materials. Even girls teams are referred to as Axemen.
I would like to know if there are studies which can show definitively that this is a good case of language reenforcing inequity. The male principal, male superintendent and male Title IX officer for the school board have requested proof that girls are harmed by being called Axemen. My argument is that it is non-inclusive for all student who do not identify as the normative ‘men’.
Is there anyone who can help point me to some solid research or studies?

Hi I need someone to help me with an article or a book about language and social inequalities in the society.