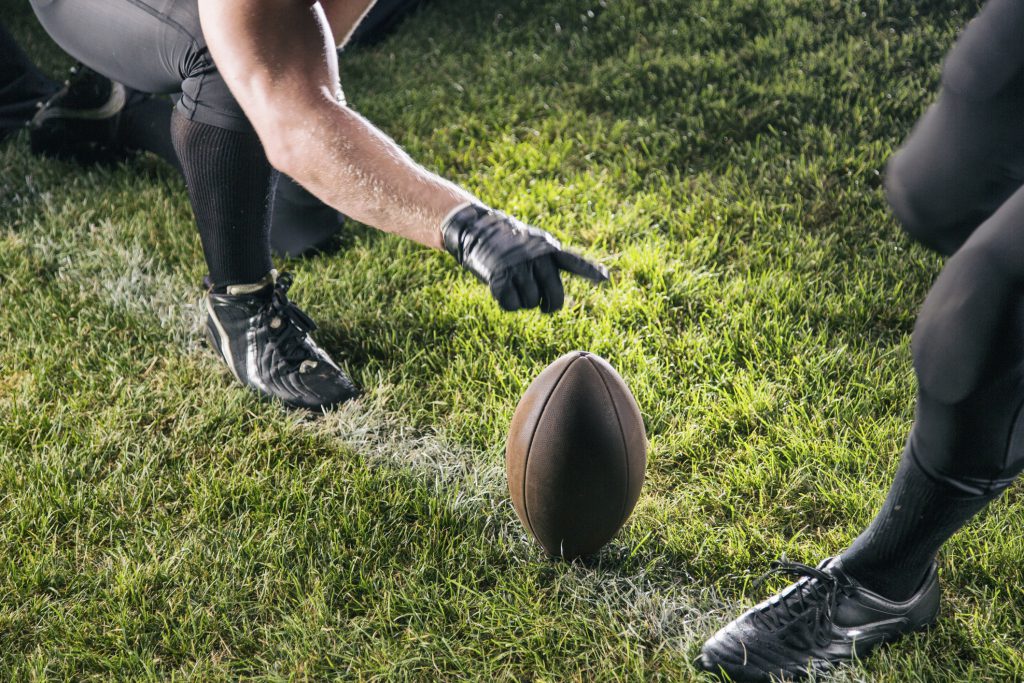 This is it, Coach, it’s all on the line: You’re on your own 36-yard line, it’s fourth down, and you have 4 yards to go. There are just minutes left in the big game. What do you do to secure your lead – punt or “go for it”?

A New York Times analysis of thousands of football plays over nearly 20 years found that teams are 9% more likely to win if they run the ball on the 4th down, but research in Psychological Science suggests that, even when made aware of this statistical edge, over half of people choose to punt anyway.

In a series on online studies featuring marble lotteries, prize envelopes, digital blackjack, and football plays, researchers found that 30% to just over 50% of participants with faulty intuitions “acquiesced,” acting on beliefs they knew to be irrational. These findings suggest that simply detecting an error in judgment often isn’t enough to alter our behavior.

“People can be consciously aware that they are making an error when they make it,” said coauthor Daniel Walco, a doctoral student at the University of Chicago. “If the intuition springs immediately to mind and is intuitively compelling, then it may continue to feel subjectively true even if people can identify that it is objectively false.”

In the football study, the researchers divided 400 Amazon Mechanical Turk participants into one of four groups. The experimental group was given a version of the scenario above and the control group received a straightforward scenario designed to make going for the first down both the intuitive and rational choice. Participants in both the experimental and control groups received objective information about their chances of winning either before or after they reported their intuitions.

First, participants reported whether they felt punting or going for it gave them the highest chance of winning in a scenario similar to the one above. Those who felt that punting was the most reliable strategy demonstrated a faulty intuition.

Next, participants reported which approach was the most rational based on the score, player positioning, and objective win probabilities. Some wannabe-coaches believed going for it was the most reliable strategy from the start, and others simply misinterpreted the statistics. Those who recognized that running the ball was the most rational option despite their intuition to punt inched one step closer to acquiescing to their faulty intuition.

Finally, participants made their decision. Of the 205 participants in the experimental condition, 81 had the false intuition to punt the ball despite recognizing that going for it was the most statistically sound strategy – over half of them fully acquiesced, choosing to punt anyway.

The combined findings from all four studies suggest that, rather than serving as a “tiebreaker” in situations without a clear solution, acquiescence may cause people to actively ignore a more logical course of action. Walco said this suggests that the dual processing model of human judgment and reasoning should be updated to recognize error detection and error correction as cognitively distinct processes.

“Acquiescence may be more likely if there is an opportunity to rationalize the decision—to set aside what one knows is true in general and rationalize why this particular situation is somehow different or special,” Walco explained.

Future research may further explore why acquiescence occurs, as well as interventions to improve decision making.

People Rationalize Policies as Soon as They Take Effect

Findings from three field studies indicate that people report more favorable opinions about policies and politicians once they become the status quo.

Ariely Packs Address With Jokes, Anecdotes, and Lots of Science

True to form, Dan Ariely packed his Fred Kavli Keynote Address with plenty of jokes and humorous anecdotes in the opening night of the 2016 APS Annual Convention in Chicago. But his 40-minute speech still