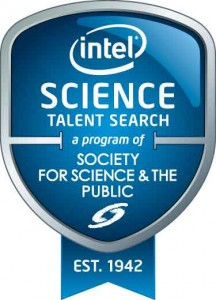 The Intel Science Talent Search (Intel STS), the nation’s most prestigious pre-college science competition, recognizes and rewards 300 student semifinalists and their schools each year. The 40 finalists are then invited to Washington, DC, where they display their work in public, meet with notable scientists, and compete for a $100,000 prize.

Representing the field of psychological science in this year’s contest was Michael Zhang of Smithtown High School East in New York, who investigated how visual behavior reflects the self-perception of human subjects playing one of four distinctive roles.

Zhang assigned each participant the role of thief, security guard, cleaning person, or tourist. While the participants viewed sequences of randomly selected scenes from hotel rooms, beaches, airport terminals, and checkout counters, Zhang tracked their eye movements in real time and found that participants demonstrated different visual behaviors depending on their roles. There was a particularly strong difference between the eye movements of the security guards and thieves.