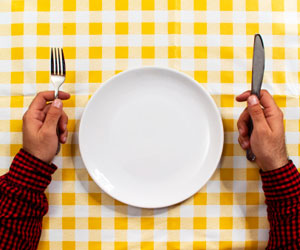 Think “Hunger Games” and you’ll undoubtedly think of heroine Katniss Everdeen fighting against a totalitarian state in the blockbuster series of books and movies. Fortunately for us, those Hunger Games are entirely fictional, but new research suggests that we may have developed a different kind of real-world “hunger games” as a way of getting others to share a particularly precious resource: Food.

Researchers Lena Aarøe and Michael Bang Petersen of Aarhus University in Denmark hypothesized that, because resource sharing was so critical to survival, our modern inclinations toward social welfare may actually reflect a basic evolutionary strategy aimed at getting others to share what they have.

To test this hypothesis, the researchers asked participants to fast before arriving at the lab. When they got there, some were given regular soda to drink, effectively boosting their blood-glucose levels; others were given a soda with artificial sweetener, leaving their blood-glucose depleted. The researchers aimed to simulate the physiological conditions that result when we’re hungry and haven’t eaten for awhile.

The participants were then asked to indicate their support for various statements about social welfare, and also to play a game in which they had to decide how to allocate a sum of money between themselves and their partner.

While the researchers caution that additional studies are needed to confirm the association, these data suggest that publicly declaring support for social welfare may be a strategy to get more resources from others in times of need.

“In line with recent research, our findings vindicate Aristotle’s notion of humans as political animals,” Aarøe and Petersen conclude. “The human mind is equipped with mental programs designed by natural selection to adaptively navigate the social problems of the small-scale hunter-gatherer society. These programs continue to shape how people think about equivalent political problems in the modern world.”

You can read more about the study in these news stories from NPR, The Atlantic, and the Huffington Post.