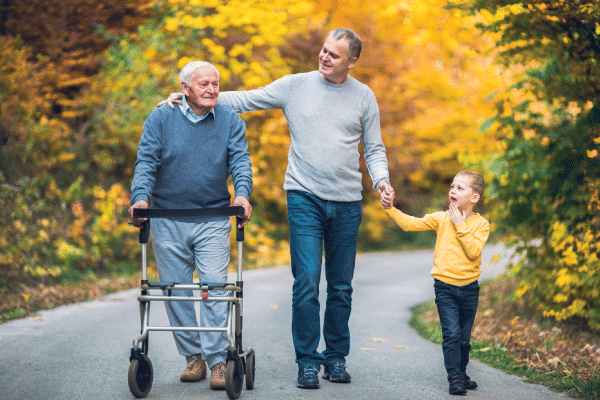 The human pursuit of romantic love and sex may be the mainstay of evolutionary psychology research, but according to the results of a global study published in Perspectives in Psychological Science, most people cite caring for family members as their top priority.

An international team of researchers led by evolutionary and social psychologists from Arizona State University (ASU) surveyed 7,000 people from 27 countries about what matters most to them. Respondents consistently rated family care and mate retention as the most important motivations in their lives, the researchers report. The findings were replicated in regions with collectivist cultures, such as South Korea and China, and in regions with individualistic cultures, such as Europe and the United States.

Forty-seven researchers from more than 30 institutions worldwide participated in the study, which was supported by the National Science Foundation.

The scientists noted that for the past 40 years, evolutionary psychological research has focused on people’s pursuit of romantic and sexual partners and its effects on their behavior. But study participants consistently rated this motivation as the least important factor in their lives.

“Studying attraction is easy and sexy, but people’s everyday interests are actually more focused on something more wholesome — family values,” said APS Fellow Douglas Kenrick, an ASU psychological scientist and senior author on the study. “Everybody cares about their family and loved ones the most, which, surprisingly, hasn’t been as carefully studied as a motivator of human behavior.”

In the study, the research team used a set of survey questions about fundamental life goals, including caring for family, finding a mate, spending time with friends, avoiding disease, and staying safe.

The lead researchers sent the set of questions to scientists in each of the participating countries, who then translated the questions into the native language and made edits so that all the questions were culturally appropriate. The study included people from countries ranging from Australia and Bulgaria to Thailand and Uganda, and covered all continents except Antarctica.

Caring for and supporting family members ranked as the strongest motivations even among young adults and singles.

The research team is currently working on collecting information about the relationship between fundamental motivations and well-being around the world. Kenrick noted in the journal article that his previous research with ASU colleague Michael Varnum, principal investigator on the NSF grant for this study, demonstrated that people who rank mate-seeking as their most important objective were less satisfied with their lives and were more likely to be depressed or anxious. People who rated family care and long-term relationships as the most important features of their lives reported the highest sense of well-being.

“People might think they will be happy with numerous sexual partners,” Kenrick said, “but really they are happiest taking care of the people they already have.”

I absolutely care more about taking care of my family, than I do about sex! Living with chronic disease from mid adulthood, the latter comes and goes. However the love and friendship for and from my husband of over 30 years, is my greatest care.

Cooperation in Chimpanzees Reveals Aspects of Our Evolutionary Past

In a study of helping, donation, and punishment, researchers found that chimpanzees were often faster to cooperate than to behave selfishly.

“Sexual Conflict: Uncovering the Mysteries of the Mating Battleground” by
C. Nathan DeWall; “Religious Engagement and the Good Life” by David G. Myers