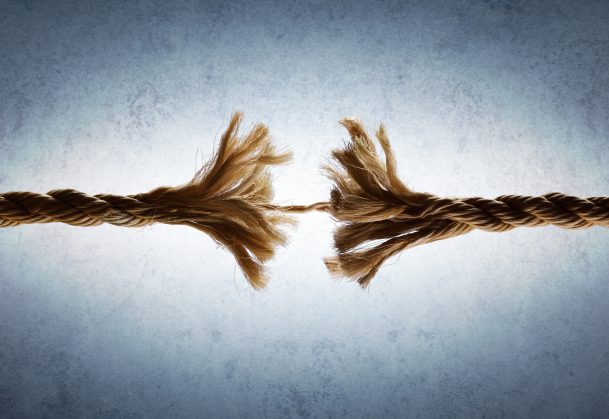 The evidence from psychological research is clear: When children are separated from their parents, it can have traumatic repercussions for kids’ lives down the line.

But attachment is much more than a feeling — according to research in Current Directions in Psychological Science, it’s an umbrella term critical to development across the lifespan.

The attachment bond between a mother and her child is first formed in the womb, where fetuses have been found to develop preferential responses to maternal scents and sounds that persist after birth, explains Myron Hofer, who was director of the Sackler Institute for Developmental Psychology at Columbia University until his retirement in 2011. These rapid early-learning processes continue during the newborn stage of development, in which children begin to recognize their mothers’ faces and voices.

From this point on, early maternal separation can result in a series of traumatic emotional reactions during which the child engages in an anxious period of calling and active search behavior followed by a period of declining behavioral responsiveness.

In a study of infant rats, Hofer found that this behavior was largely a response to the loss of warmth a child receives through bodily contact, nutrients, and other physiological interactions with its mother. While Hofer was able to normalize the cardiac and REM-sleep cycles of neonatal rats in his lab by providing them with artificial warmth, tactile stimulation (e.g., petting them with a paint brush), and abundant milk, this research did not, he writes, account for the role of higher-level behaviors such as reciprocity, imitation, attunement, and play in the mother–child relationship.

“In thinking about the implication of these findings for human infants, one can suppose that these kinds of simple maternal regulators would be found early in a baby’s postnatal period, but that soon more subtle and intricate interactions would become important,” Hofer writes.

Hofer and colleagues also studied the effect of separation on rats in adolescence and adulthood. When submitted to a 24-hour period of immobilization, 80% of adolescent rats who were removed from their mothers before weaning were found to develop stomach ulcers in response to the stress. Normally reared rats, meanwhile, experienced no ulceration at all. Unexpectedly, those same early-weaned rats were then less vulnerable to ulcers in adulthood, when approximately 50% of normally reared rats experienced ulceration, suggesting they may have become less stress-responsive with age.

Though human relationships are more complex than those of rodents, the research suggests that withdrawing maternal support early in a child’s life can have a number of physiological and behavioral consequences that may contribute to a complex, changing pattern of vulnerability over the life span, Hofer says.

“Variations in qualities of mother–infant relationships among humans thus appear to have deep biological roots in the form of their capacity to shape children’s psychological and biological responses to their environment — effects that extend into adulthood,” he writes.

We’ve known this since Harlow’s monkey mother research 50+ years ago. Given the obvious political ramifications of this and other work, what do you think the effects on a child might be of having one or both parents killed? Or the effects on parents of having a child killed? Then do the math.

MUST READING for Everyone Adoptee and non-adoptee

“The attachment bond between a mother and her child is first formed in the womb, where fetuses have been found to develop preferential responses to maternal scents and sounds that persist after birth, explains Myron Hofer, who was director of the Sackler Institute for Developmental Psychology at Columbia University until his retirement in 2011. These rapid early-learning processes continue during the newborn stage of development, in which children begin to recognize their mothers’ faces and voices.

From this point on, early maternal separation can result in a series of traumatic emotional reactions during which the child engages in an anxious period of calling and active search behavior followed by a period of declining behavioral responsiveness.” quote from the report below.

We know that relinquished at birth adoptees have trauma due to separation, but little is said about the child who is separated from parents and siblings after infancy and beyond. And even less about the child who was molested, and abused physically, emotionally and sexually by parent(s) and other family … or the child who endured all of this only to have it repeated by those who the court appointed as adoptive ‘parents’. We of the latter group in fact had the worse of adoptee experiences, most of which will always be apart of our psyches, and always the shadows of those experiences can be triggered by the slightest thing in our current lives. Like identity theft, we know PTSD long before it was given to war veterans as a description of yet another battle to fight.

There is another issue of separation that is left begging… and that is the DNA fabric torn and ripped from being separated from family, but also from a long chain of ancestors all of who contributed to our genomes which dictate our habits, our features, our preferences, our dislikes, and even the amount of sun than our skins will absorb before it is burned by the UV rays. (in utero fetuses also recognize voices of those they cannot see beyond its watery womb, which imprints the developing child’s knowledge of those others of its home environment after leaving the womb… including family pets and other environmental sounds in the external world found away from the domicile in which he/she lives. And those centimorgans and chromosomes which rule our very beings.

I am a mother seperated from my lovely children for 27 years thanks to the British Family Court. I will never recover from being seperated from my children and I am sure they will Not. They were taken from a lovely home, their school and all their friend’s and a mother who loved them and always will. They were aged 5 and 6 years old. I feel this is to much for small children and any mother. When those two men took my children the judge and my ex I vowed never to live with or do anything for any man again. That was more than 30 years ago. I have Not. This is one of the Best decisions I have ever made. I have had No contact at all with my 3 lovely children who are now grown up. I have written a book for them and I recommend other moms in this position do the same.

What is the name of the book? I would love to read it.

I would love to connect with you and read your book. I have always wanted to write my book. My babies were 9 months ( and still nursing) and 3 years old when stolen from me. The lifetime affects on them as well as me have been devastating. I hope we can connect.

I fit the profile of infant abandonment, being fostered, being sexually abused within that foster family, and therefore I would be very interested in reading / hearing / understanding more abouts the emotional and psychological effects in adulthood.

Why not teach social workers and judges these findings ! They are destroying the family unit and the children for life ! They remove children from innocent parents and loving homes to receive federal funding and bonuses ! The incentives must be removed ! Somebody has to stop this corruption !

This article is very interesting however I am aware of the symptoms I was a foster parent for over 20 years and the children that came to me were very broken from mothers and babies that we’re separated some right from birth and some more toddlers when I receive them on my home was very hard and sad and it’s challenging for most of these children to gang confident and feel wanted and loved but if we put the time into it and work with children and mothers they can can recover with the proper help .

A survivor of 32 foster placements, I didn’t have many chances to bond with the parent figures. Curious to hear more about this issue.

This article is too simplistic. It assumes the maternal environment is a positive one. Sometimes it is trauma alleviating (nay, life saving) to get away from one’s family of origin, including one’s own mother.

At the age of 9, my twin brother and I were taken from our mother because of her worsening state, which I now believe to have been bipolar disorder with psychotic features.

We never reunited with her, and she took her own life two years later. It seems clear that we suffered a maternal separation, very much analogous to the ones of current concern. So I have some authority to opine on this issue. I’m also a clinical scientist.

Hofer’s research, profoundly lacking in ecological validity for humans, is not informative about maternal human separations. And I resent being told, on slender evidence of dubious relevance to humans that was reported 14 years ago, by APS that I have suffered “traumatic repercussions.”

I especially resent being told that I am damaged goods, on slender evidence of dubious relevance to humans that was reported 14 years ago.

I also resent it because I turned out just fine–I’m a tenured professor who has published a number of articles in APS journals.

I finally resent APS using questionable science to prop up obvious political attacks on a particular person (we know who). It is morally reprehensible to make people feel bad and construe their lives as having been irrevocably damaged to suit your political agenda.