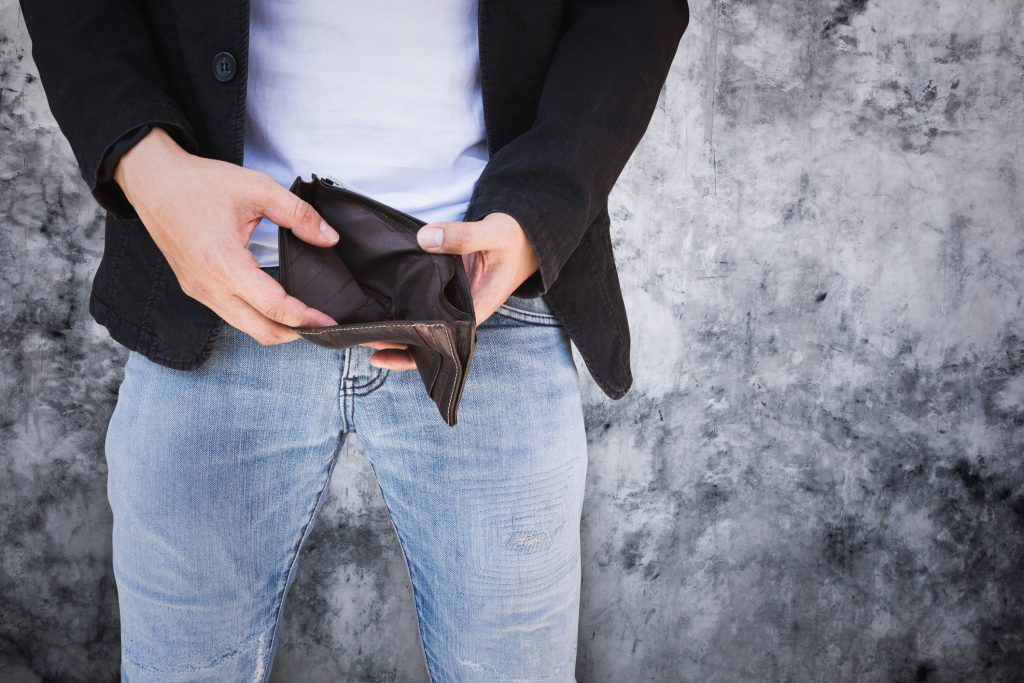 People with low incomes see the most routine, ordinary experiences through different lenses than people with higher incomes, according to psychological research.

The research shows specifically that, in poor people “thoughts about cost and money are triggered by mundane circumstances, they are difficult to suppress, they change mental associations, and interfere with other experiences,” the scientists write in a report on their research.

You are at your local hangout with a couple of good friends watching sports on TV. It’s one friend’s birthday and the group decides to all chip in and get a real good bottle of wine to celebrate. What do you think of at that moment?

These ratings showed how poorer people reacted to everyday situations that, while they involved some financial aspects, were not overtly economic in nature.

“Simple daily events such as gathering with friends, having a beer, or riding in a taxi take on an additional dimension for the poor – it is not just about the experience itself, but also about the underlying costs,” the authors conclude.

“The poor are consistently perceived as being among the least competent groups” and are consistently dehumanized and assumed to have lower mental capacity than the well-off, write Shah and his colleagues. There is an assumption that hard work and smarts earn you money; if someone is poor, their circumstances are their fault.

Research on scarcity suggests that it is a powerful factor in shaping decision making and cognitive approaches.

A 2015 article in Psychological Science by Shah, Shafir, and Mullainathan showed that scarcity changes how people judge value. The researchers set up experiments, dividing people into groups with scarce resources and those with sufficient reserves. Participants in groups primed to think about a dearth in money, time, and even food developed similar patterns of decision making — a ‘scarcity mindset’. This suggests that the conditions of being poor may create this mindset, rather than a different mindset leading people into poverty. Those in a scarcity mindset were more likely to compare the values of two options and weigh the opportunity costs of an action. They behaved more rationally, from an economic standpoint, the authors said.

The 2015 paper states that “under conditions of scarcity, people focus on pressing needs and recognize the trade-offs that must be made against those needs.”

While researchers have found that some skills are enhanced in people who are poor,  they’ve also found evidence that low incomes affect cognition negatively. While poor people actually make sensible decisions when buying groceries, for example, other research has found that, during periods when money is scarce, people perform worse on measures of fluid intelligence (the ability to think abstractly, identify patterns, and solve problems) and cognitive control.

Shafir likens that focus to tunnel vision, with immediate resource concerns visible and central but some long-term and important concerns pushed to the periphery.

“When you are preoccupied terribly with paying for food for your kids tomorrow, you’re going to take that payday loan, whose consequence for you is simply outside the tunnel and is going to prove to be very grave in the long run,” he said during a presentation at the International Convention of Psychological Science in 2015 in Amsterdam.

In that talk, Shafir recounted an experiment conducted in a New Jersey mall where participants were asked to complete tests after imagining one of two scenarios. In one scenario, the participant’s car broke down and needed repairs, at a cost of $100. In the other, the repairs would cost $1,500. Among those in the top half of income measures, there was no difference in test scores for the two cost situations. Among the bottom half participants, though, imagining a $1,500 cost pushed fluid intelligence scores down the equivalent of 13 IQ points.

“These people who, when the car cost was manageable, were just like their rich friends, are now functioning less well than you would with a night without sleep,” he said.

Shafir pointed out the multiple factors that compound difficulties of those in poverty.

“There’s an irony to poverty,” he said. You’re functioning with more requirements on your system than otherwise, your system is less capable to deal with them, and the punishments for making mistakes are much higher.”

Shafir, E. (12 March 2015) The Psychology of Scarcity and Its Consequences. Lecture presented at the Integrative Science Symposium: Psychology in an Economic World in the Netherlands, Amsterdam. Retrieved from https://youtu.be/T7DZQsxbnhQ