This event was supported by the APS Fund for Teaching and Public Understanding of Psychological Science, which invites applications for nonrenewable grants of up to $5,000 to launch new, educational projects in psychological science. Proposals are due October 1 and March 1. 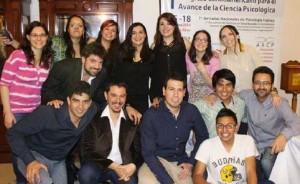 Members of the CLACIP organizing committee

At a first-of-its-kind meeting, scientists based in Latin America and beyond shared research and training as well as media and public policy strategies. The APS Fund for Teaching and Public Understanding of Psychological Science provided partial support for this First Latin American Congress for the Advancement of Psychological Science (CLACIP), held in October 2014 at the Inter-American University in Buenos Aires, Argentina.

The meeting sought to strengthen scientific psychology in Argentina and in Latin America through discussion of research, education and training, professional networking, and the sharing of media and public policy strategies. Lectures, e-poster sessions, and structured networking sessions were among the opportunities offered to psychological scientists attending the meeting. In the area of training, APS sponsored 13 strategic workshops.