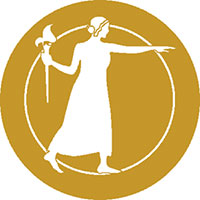 APS Past Board Member Jennifer A. Richeson and APS Fellows Marlene Behrmann Cohen and Gary S. Dell have been elected to the United States National Academy of Sciences (NAS). APS Fellow Renée Baillargeon has been elected as a Foreign Associate of NAS. NAS announced the election of 84 new members and 21 foreign associates on April 28. Scientists are elected to NAS on the basis of “distinguished and continuing achievements in original research.”

Jennifer A. Richeson is a professor of psychology and African American studies at Northwestern University. She studies how belonging to different social groups (e.g., racial, class, and gender groups) impacts behavior, thoughts, and emotions. One current project seeks to alleviate the stress associated with interracial interactions by reducing effortful self-regulation during such interactions.

Marlene Behrmann Cohen is a professor of psychology at Carnegie Mellon University, where she directs the Center for the Neural Basis of Cognition. There, she studies visual perception by working with adults who have sustained brain damage that affects their ability to process visual stimuli.

Gary S. Dell is a professor of linguistics and psychology at the University of Illinois at Urbana-Champaign. He has created a neural network model to predict speech errors under specific conditions. This model is particularly useful for the study of brain damage such as aphasia.