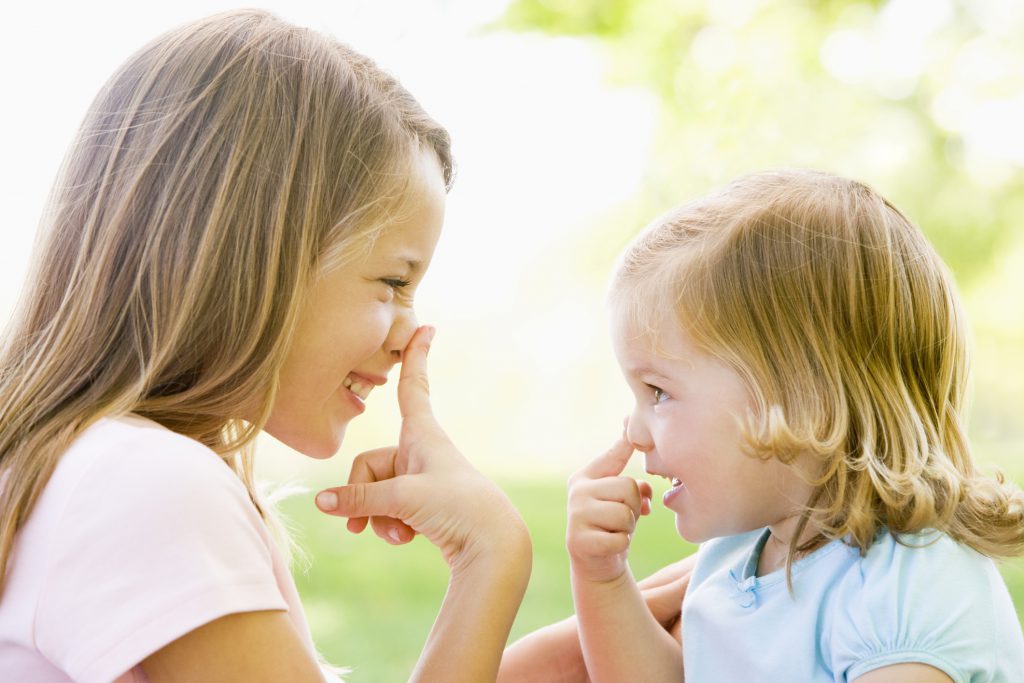 Behavioral scientists have found that humans and other animals have a natural tendency to mimic actions they see in others. In addition, some of the same neurons that fire when we perform an action activate when we see a similar action performed. This has earned these types of cells the nickname ‘mirror neurons’. The ‘mirror system’ is not well understood.

Researchers from The Hebrew University of Jerusalem and Chaim Sheba Medical Center in Tel HaShomer, Israel studied mirroring behavior in children who had recently undergone eye surgery to remove dense cataracts that they had developed in both eyes soon after birth.They had not received treatment for an average of 12.5 years. This study was limited to 14 children, due to the rareness of the medical condition. Two weeks to 4 years after surgery, these children were assessed for automatic imitation (mirroring) in a finger-tapping exercise. The researchers compared results from these newly-sighted children to those from 38 normally developing children. They found little evidence for mirroring among the children whose sight had recently been restored. The researchers describe their findings in a December 2017 paper published online in Psychological Science.

To test mirroring, researchers generally show a video of a person performing a task that involves a movement with the hands or feet. The study participants are assigned to perform their own task, which is either similar or different to the task in the video. Participants tend to respond faster to the similar tasks compared to the dissimilar actions, experiments have shown.

In this study, children were shown a set of red or blue hands tapping on a table. If the hands were blue, the participants were instructed to tap their left hands. If they saw red hands, they were to tap their right. During some trials, the children would match the hands on the screen, even though matching the onscreen hands was not the goal of the task. Those who responded faster to a hand match than a hand mismatch were believed to be mirroring the onscreen hands.

While this study doesn’t close the book on mirroring’s nature/nurture debate, it suggests that mirroring is at least susceptible to compromise by life events. While some early research found evidence for mirroring in infants, the authors note that “many of these studies have been criticized for various methodological flaws”.

Combined with past research showing that mirroring is susceptible to learning, the small number of study participants notwithstanding, the authors conclude that “visual experience is essential for the development of proper mirror system function.”

A new report by the National Academy of Sciences, penned by psychological scientists and other experts, calls for broad-based efforts by the US government to improve the mental health of children.