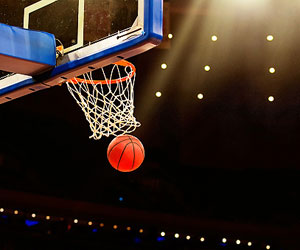 It’s official: No one on this planet will walk away with Warren Buffett’s $1 billion dollar prize for filling out a perfect March Madness bracket.

Hopes for the money were quickly dashed after the second round of games in the NCAA college basketball tournament – Dayton topped Syracuse, Stanford snuffed out Kansas, and Kentucky ended Wichita State’s hopes for the first perfect NCAA season in almost 40 years.

Suffice it to say, we all made wrong picks in one way or another. It’s likely that some people will blame their mistakes on the bracket “gurus” – those experts who allegedly know the ins and outs of each game in extraordinary detail.

But, according to research published in Psychological Science, thinking about the outcomes of sports games in such precise detail might actually hinder our ability to make the correct picks.

A study from researchers at Korea University Business School suggests that people are worse at predicting whether a sports team will win, lose, or tie when they think about the final score rather than just the overall win/lose outcome.

The researchers found that participants who incorporated more detailed information in their betting decisions — considering, for example, a team’s defense, offense, and coaching ability — did not end up with better picks.

“In everyday life, people often try to be specific to be accurate,” says researcher Kwanho Suk, but this research suggests that specificity and accuracy don’t necessarily go hand-in-hand.

Unfortunately, that’s part of the reason we tend to trust the sportscaster pundits in the first place – they posit such precise figures and facts that it seems they must know what they’re talking about. So, when March Madness rolls around next year, maybe we should rely less on the experts and try to avoid over-thinking our picks.

And, if all else fails, you can always go with the time-honored tradition of picking based on who has the snazziest jerseys.