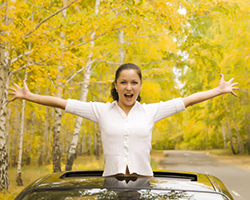 Everyone seems to know at least one person who could be described as impulsive. That person whose brain — and mouth — seem to go a mile a minute, who does things without thinking them through, and who often gives up when they feel the going gets tough. Impulsivity has been associated with a host of problems including diminished cognitive abilities, vigilance, and executive functioning. No study, however, has examined the relationship between impulsivity and prospective memory.

Prospective memory refers to a person’s ability to create plans for the future and then remember to execute them at the appropriate time. Remembering to take medication at a specific time, to meet a friend for dinner, or to turn off the stove after cooking are all examples of actions that require prospective memory. The diminished capacity of impulsive people to plan ahead, switch attention from one task to another, and detect cues in their environment suggests that impulsive people might also have problems related to prospective memory.

In a 2013 study in the European Journal of Personality, Carrie Cuttler and APS Fellow Steven Taylor of the University of British Columbia, Canada, and Tonia Relkov of York University, Canada, examined the links between prospective memory and impulsivity.

In their study, the researchers examined all three components and their relationship to prospective memory.

One-hundred-eighty-four undergraduate students completed a series of questionnaires assessing their attention, motor, and nonplanning impulsivity, their levels of prospective memory failures, and their use of prospective memory-aiding strategies. In a real-world assessment of their prospective memory, participants were told to answer the last item on each page of the surveys in a specific way and to call the lab one week later at a specific time.

Successful implementation of prospective memory requires interaction of many different neurological components, including the reward, motivation, and attention systems. Impulsive people may lack the attention needed to detect cues signaling an upcoming event or may have problems switching from their current task to the prospective task.

While this study links impulsivity and memory problems, the correlational nature of the research makes it impossible to determine causation or direction of the relationship. Instead of providing hard conclusions about the specific nature of the relationship between impulsivity and prospective memory, this study serves as a springboard for more research examining the directional nature of and mechanisms underlying this relationship, and eventually, interventions to help improve prospective memory.